Season 8, Episode 3 of Game of Thrones arrives after the calm before the cold, wintry storm. The Night King and his armies are at the walls of Winterfell, and the new preview trailer for the episode is full of dread and suspense for our favorite characters.

Watch the trailer below:

With next week’s episode having the longest run time in the final season so far (80+ minutes) and being fully committed to the battle with the Night King, show-runners David Benioff and DB Weiss are likely going to cram in as many character deaths as they can.

Now let’s take a closer look at that trailer.

There’s going to be a big battle. 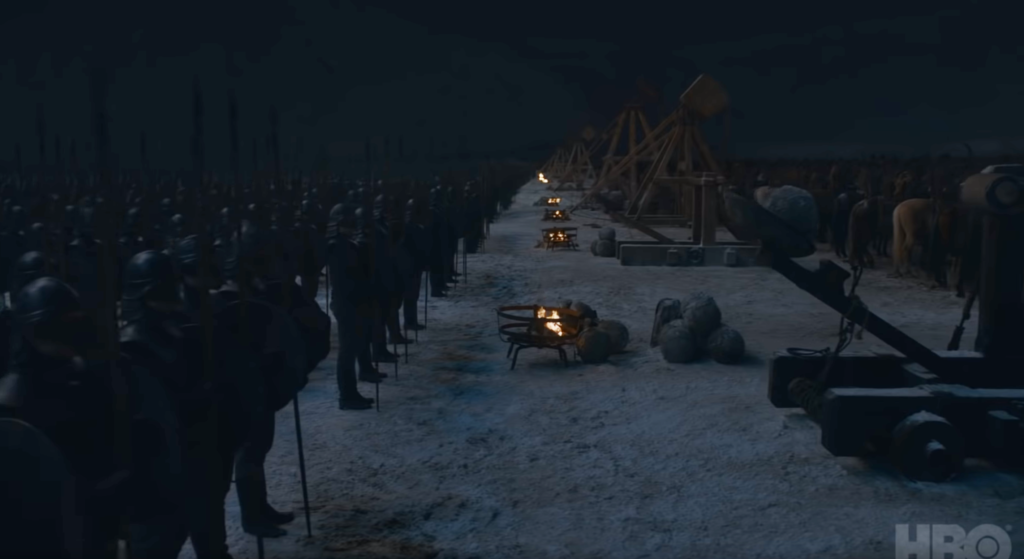 The largest battle in the series (thus far) has finally reached Winterfell, as the Night King and the army of the dead have finally come South. Against his infinite army of darkness stand the armies of

the North, the Vale, Daenerys’ Unsullied and Dothraki, and the Wildlings left under Jon’s command.

While Winterfell has had some time to prepare by forging dragon glass weapons and fortifying Winterfell, they’re still likely outnumbered hundreds to one and even the best laid preparations can go sideways at a moment’s notice, which leads me to…

The Night King is going to get inside Winterfell. 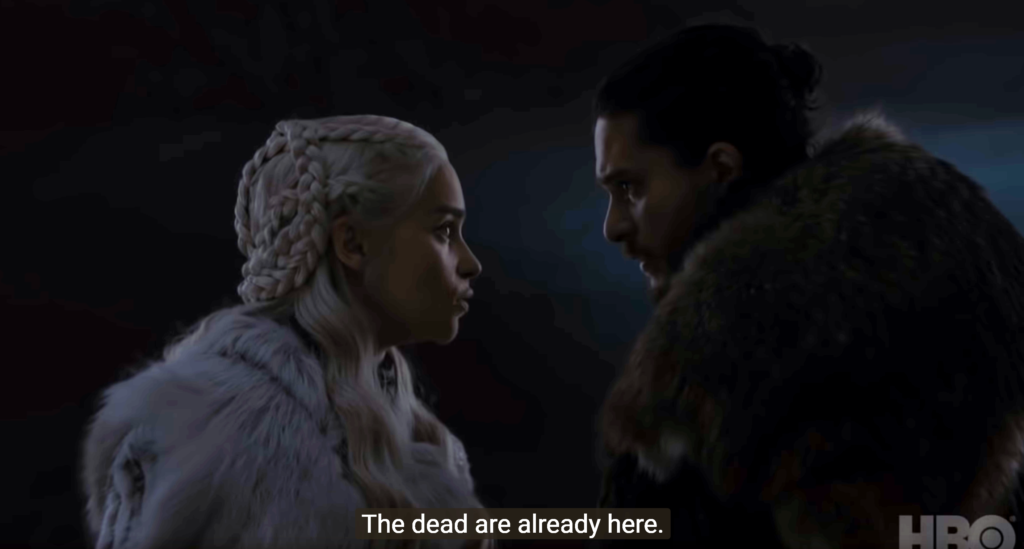 Game of Thrones spent a good chunk of time in episode 2 describing our heroes’ battle plans and where they’ll be. Brienne and Jaime will be outside the castle. Those who can’t fight will be in the crypts beneath Winterfell. Bran will be in the godswood (that big tree with the face) waiting for the Night King. Jon and who knows how many others will be lying in wait to ambush him. 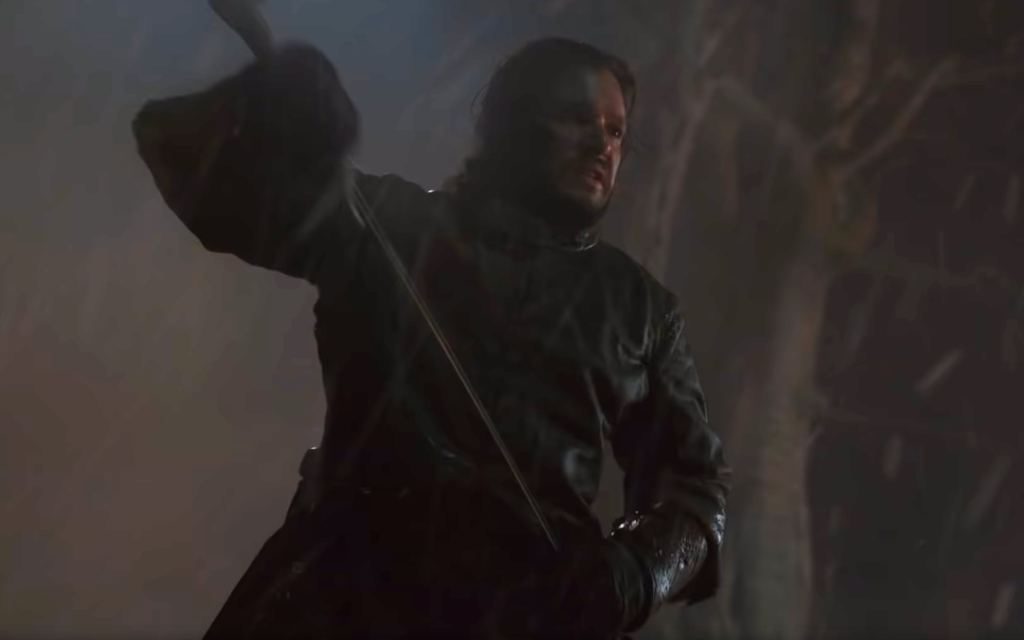 This shot from the preview trailer seems to confirm that the dead and indeed the Night King or other White Walkers will make it to Bran in the godswood. Trees are not exactly a common sight outside the walls of Winterfell, except in the godswood. Knowing that Jon is stationed there to protect Bran, it’s a pretty safe bet that Jon is going to have his hands full. But how will they get in?

The crypts of Winterfell aren’t safe 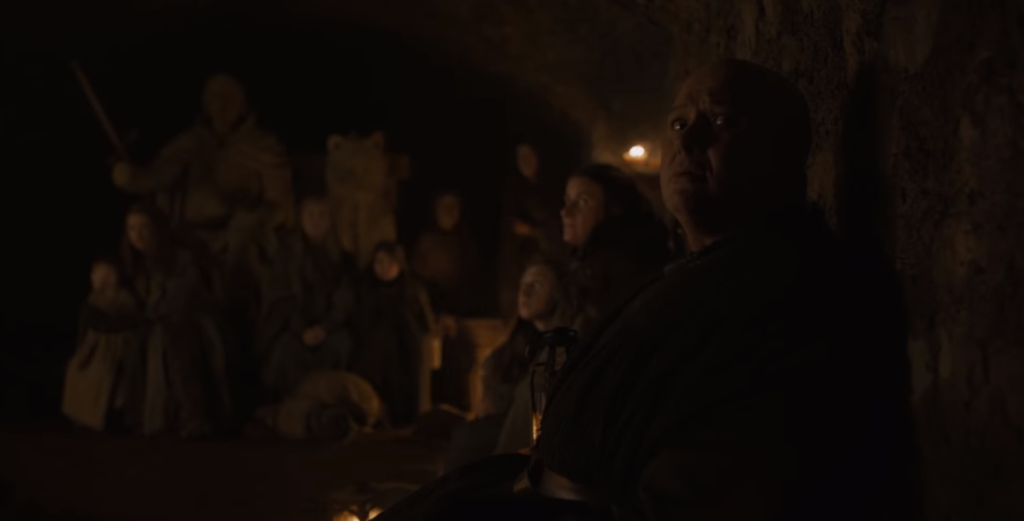 If this week’s episode had any sort of “smoking gun,” it’s the characters’ repeated mentions of where the civilians and other non-fighter characters will be kept “safe.” The crypts beneath Winterfell. The crypts are where generations of Starks are buried. We’ve seen Bran, Sansa, Jon, Arya, and other Stark kids go down there in episodes past and stare moodily at statues of Ned and Lyanna Stark.

That sure does sound like a big ol’ room full of dead bodies and skeletons. Sure would be a shame if someone, say, resurrected those corpses under their command to attack the living.

Even if a terrifying head-less Ned Stark doesn’t rip Gilly and baby Sam apart, the Night King certainly has plans for those crypts and the people in them.

All our favorite characters are going to die, aren’t they? 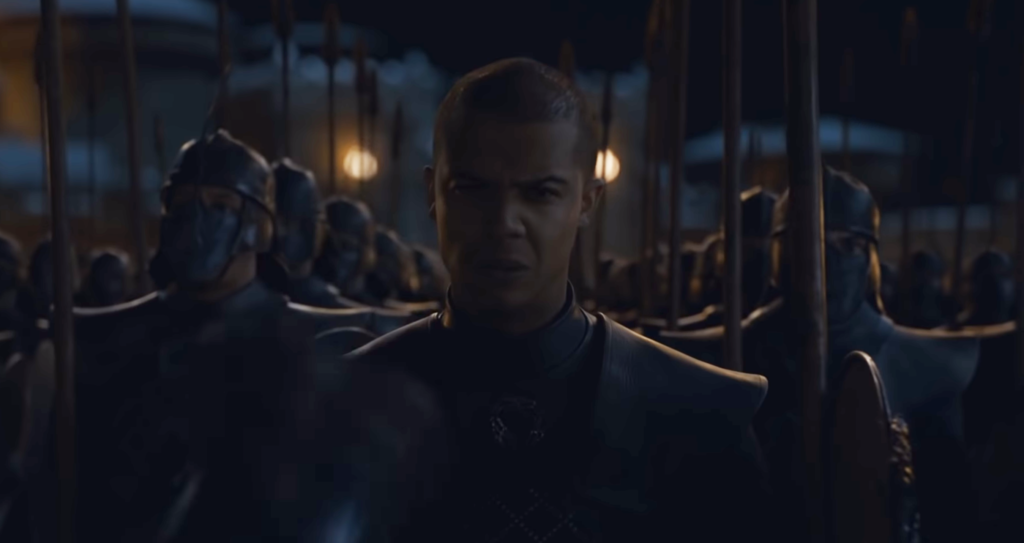 Folks on Twitter are also bracing themselves for next weekend.

Me this episode vs. me next week when everyone dies #GameofThrones pic.twitter.com/EeSSxDIzEs

Me next week when my favorites start dying #GameofThrones #DemThrones pic.twitter.com/3Rb4uMGa3F

See y’all in line at counseling and therapy.