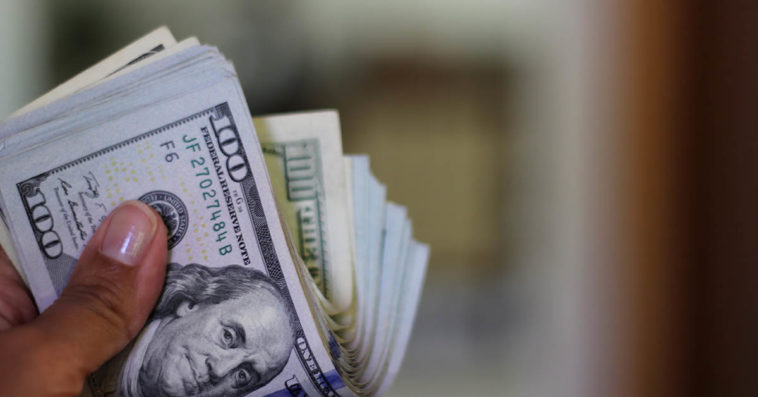 Remember when you were little and your friends used to ask you if you’d eat food off of the floor for “a dollar?” To us, a dollar was a one-way ticket to getting that candy bar we were truly jonesing for. But, back then, we’d do anything for a little bit of money because we were young, naive, and scammers.

As it turns out, we’re not alone. Thanks to an AskReddit question, asking users: “What’s the most fucked up thing you’ve done for money,” we now know that the Internet is full of degenerates like us who just want an extra $20 in their pocket.

A friend of mine who is now a marine wanted to punch me in the face as hard as he could, so of course I said no but then we agreed on the stomach for $30. It stung like a bitch but not enough to stop him from doing it again for another 10.

Once I sold my own blood to a local blood bank to buy gas to drive two hours to see my ex-girlfriend and “win her back” who then cancelled.

Was at family dinner and my uncle complained that my aunt burnt the green beans. As a joke, he said he would pay anyone $50 to eat the whole bowl. He did not expect me to take him on the offer. This was a dinner bowl meant for like 14 people. So that night I didn’t eat an actual dinner, just an obscene amount of green beans. Surprised I didn’t barf and I had interesting weird shits for the next 2 days.

Barely made rent and hadnt eaten in 3 days, was a rough post-breakup year for me. Found an ad on craigslist for some guy that was willing to pay someone to lock him in a cage and pee on him.

50 bucks later I had enough cheap noodles and sriracha to not go hungry for a while.

I spent five years in China teaching ESL. In addition to the school I worked for I took private students as well. One was a successful but bored plastic surgeon. 90% of his business was the same three surgeries, so he wanted to learn English to break up the tedium. He would call me at random times with little or no notice and ask if I wanted to come over and give him a lesson.

So one night he called me to come to his office. Very normal. But when I got there the nurse was giving me booties and a hair net and telling me to scrub my hands. Before I knew it, I was in the operating room giving him an English lesson while he performed a nose job! I shit you not. I barely made it through. The surgery channel makes me lightheaded, and I was catching the live show! Pretty much scarred for life now.

whipped my tit out and electrocuted my nipple on an electric fence for $50.

I was paid $3 to eat a lemon scented wet nap.

Itwas in high school, and I’m not proud. Also, I quickly discovered that lemon scented did not translate to lemon flavored.

I once was bored in my mid 20’s (around 3am) and I saw a “gig” on Craigslist. Turned out an escort needed a safe driver to get her to gigs. Not thinking too much about it, I contacted her and spent the rest of the morning driving her around.

At one appointment she came downstairs came to my truck, handed me $20 and told me she needed more condoms. I was taken back but decided what the hell. So I went to the local pharmacy, this was now almost 6am…. and bought 2 boxes of condoms for her. Went back, handed them off, then proceeded to wait for 2 more hours.

She eventually came out, I drove her back home; where she paid me $150. I felt sooooooo wrong taking the money; knowing she was getting railed for her money, then had to pay me. I took the money anyways and she was pleased I was a pleasant young man/driver.

I’m a 25 y/o male, had a 60ish guy pay me $150 cash to help him cook dinner and watch a hockey game together, except naked the whole time.

I have never been more scared for my dick than when making chicken parm naked.

elementary school….licked the janitor’s mop for $2.35.

I sold a picture of my girlfriend’s feet for $130 to one of her ex-coworkers.

I asked her first, of course, but it still felt… questionable.

I used to know a couple who ran an adult baby ‘nursery’ – I (f) was paid £25 an hour to dress up in cute, frilly outfits and spend time with adult men who wanted to be treated like babies. At one point I spent an hour watching Thunderbirds episodes with a client, that was what all he wanted to do. I personally don’t consider it ‘fucked up’, but I’m sure some people reading this won’t know how to feel about it.

Answered a craigslist ad to kick a guy in the balls and walk on him for $160. Liked the easy gig and the money, made about $10K doing that afterwards and went to Europe for 2 months.

Late one night in my 20s in Okinawa an overweight female bartender at a dodgy karaoke bar asked to see my dick— it was pierced at the time. I quipped that it would cost her $10. She joked back that for $10 I should be naked. Welp… the other bartenders all threw in to the pot (including a really attractive one) and so did some of the customers— mostly dudes who thought it would be funny to call my bluff. All told, I made around $120 bucks to drink a beer in the nude while being jeered by a bunch of drunk expats. Guess I could put semi-pro stripper on my resume?

My friend offered me €20 to have a staring competition with a hooker in Amsterdam. I went right up to the glass and stared at her for around 30 seconds before she opened the door and threw boiling water over me.

She lost and I got the money.

I used to give myself paper cuts for money in high school. Ear lobe, eye lid(top or bottom), finger webbing, etc.. People payed way too much for that.

For $200, my friend rode a horse though a McDonalds drivethru and got 20 chicken nuggets.

when i was a kid, i filmed my neighbors having sex to sell copies of the tapes to other kids at school.

they had a big bay window, and if i sat on my roof i could see right in. they thought they had privacy on that side of the house since we were the only near by neighbours and there was a large ceder hedge between the houses, up on an embankment.

but sitting up on the roof i could see right in, no problem.

when i told kids at school about it, one kid stole his parent’s video camera and some tapes and then we split the profits from selling the tapes.

pretty good money for the time. 10$ per copy.

but yeah… pretty fucked up when i think about it.

I recently made $300 by Fed Ex my poop to a university. I’m a twin and it was for a study. My twin did the same.

Sold fake acid to some kid when we were both in high school. Literally sold the dude little squares off my homework for 15 a pop. He came back 4-5 more times, genuinely never understood why.

Spend the majority of my life behind a desk doing something unfulfilling and joyless.