** This post contains spoilers to “The Long Night” and potentially all of Game of Thrones. Continue at your peril. **

This past episode of Game of Thrones saw the living triumph over the dead, as Arya Stark plunged her Valyrian steel dagger into the Night King, wiping out him and his armies before he was able to kill Bran in front of the weirwood tree.

GREY WORM: The Unsullied shall protect the gate.

BRAN: How cool would it be to fly around and just do like, general bird stuff

And while Bran Stark did pretty much nothing this episode, other than sit and give the Night King his shadiest stare, he still may be the most important character in the series and in the history of Westeros, if this theory by Reddit user “Don’tMicrowaveCats” is anything to go by.

Let’s take a look at who/what The Lord of Light is.

The Lord of Light, otherwise known by “R’hollor” in the East, is the deity of a religion founded in the continent of Essos. He is associated with fire, light, and heat and is symbolized mostly by a read heart on fire. His red priests and priestesses (such as Thoros of Myr and Melissandre) have spread throughout the known world, preaching the Lord as “A god of light and love and joy, and a god of darkness, evil, and fear, eternally at war.”

If the god of darkness is physically manifested as the Night King, then it would make sense for his opposite, The Lord of Light, to also have a physical manifestation. That manifestation might just be the Three-Eyed Raven.

In an interview with Time Magazine last year, G.R.R.M. explicitly made sure to bring up Beric Dondarrion.

“he’s not a living human being anymore. His heart isn’t beating, his blood isn’t flowing in his veins, he’s a wight, but a wight animated by fire instead of by ice, now we’re getting back to the whole fire and ice thing”

So Beric is a “fire wight”. And thats obviously foreshadowing something. The big question is, if the Night King animates the ice wights, who then animates the fire wights?

Here are the Facts:

What we can take from this…

The thesis for the theory hinges on ‘The Catspaw Dagger,’ which you may recognize as the dagger that was originally used in an attempt to kill Bran in Season 1, that popped up in Sam’s book at the Citadel when he was reading about the Targaryen Dynstasy, that Bran gave to Arya in Season 7, and that Arya used to kill both Littlefinger and more importantly, The Night King. No one is certain where the dagger came from, only that it is very old and linked to the Targaryen kings. 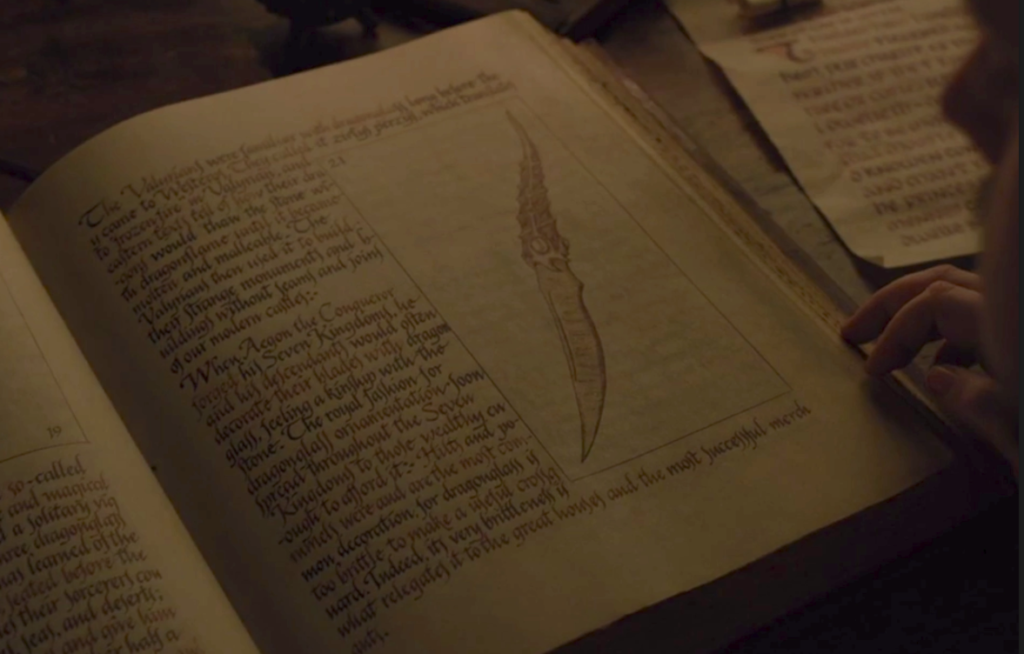 Now that we’ve gotten the facts out of the way, here’s the full theory. Buckle up for some time manipulation shenanigans.

Everything he has done has revolved around getting the dagger to Arya and getting her safely to the NK. That plan was set in motion all the way back in Season 1.

Future Bran made sure that dagger was sent to kill his childhood self. He put the key piece in play. He then warged into Summer to kill the assassin.

Farther back than that, the dagger may have belonged to Aerys Targarian (passed down through their family), and Bran messed with him to make sure it got where it needed to go. (Maybe Jaime or Littlefinger picked it up after the Mad King was slain).

Arya’s training was also crucial/pre-planned. She would have never trained to kill without….1) Bran’s assassination attempt being pinned on Tyrion (because of the dagger). And 2) King Robert’s Death.

We already know how he could have manipulated the assassination. He could have also been warged into the wild boar that killed King Robert, if it were for the good of the realm.

Melesandre told Arya last episode what Syrio Forel told her before he was killed, “What do we say to the god of death? Not today”. Homage to the fact that her training was all destined from the beginning.

All of the war and death that was sparked because of Bran. He knew it would happen, but he saw how the alternative story lines would play out, where the Night King wins. He sacrificed whoever he had to for the good of the realm. Much like lord Varys (who he spoke to through the flames after he was cut)

All of the “magical Lord of Light moments” that are supposedly the God’s work, are actually Bran manipulating the past, resurrecting people and making sure Arya got the knife and made it to kill NK.

We know Bran is the most powerful living being other than the Night King. We know both he and the Lord of Light are working towards the same goal, and both manipulate the storyline.

It makes sense that Bran is the Lord of light, and all past 3 Eyed Ravens were also the Lord of Light. Or at the very least they’re representatives of him .

Where was Bran during the battle? Making shit happen. This would make the Night King’s death wayyy less anticlimactic than it was.

Some interesting questions then come up if this all plays out. When the Whites die, their wights they turned die.

If Bran dies, does Jon automatically die too?

Now that the Night King is dead, whos the Lord of Light’s new opposite to balance out the dichotomy? (Cersei? Danny? perhaps)

If that wasn’t enough, he has further evidence to back up his theory.

Whether or not Bran is the Lord of Light, we know he sure owes Arya a big favor and maybe even an actual smile.