There’s always been a portion of the population who think hating on something popular makes them cool. Don’t get me wrong, it’s fine to not like something, but that just means it’s not for you. You don’t need to shout it from the rooftops. Let the other 99.9% enjoy their Game of Thrones.

Seriously though. I just don’t understand how you can’t like it!!!. There’s something for everyone. Nudity, violence, humor, dragons; the four main television genres. At this point, if you’re not in, you’re just trying to prove how unique you are. And we’re here to tell you we’re over it.

Nobody cares that you don’t watch Game of Thrones.

People who don't watch #GameofThrones:
Am I the only one here who doesn't watch Game of Thrones? pic.twitter.com/5BRy1EXfPv

4. For real though, get over yourself.

When you don't watch Game of Thrones but love attention pic.twitter.com/nXYXpDLCUQ 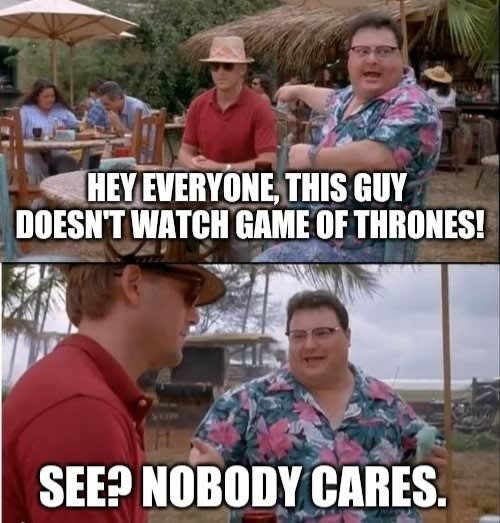 Everyone looking in the mirror before announcing they don’t watch game of thrones pic.twitter.com/CUKCOH5bld

7. You’re not impressing anyone.

“I don’t watch Game of Thrones”

"I don't watch Game of Thron-"

10. All of you start your own chat so you can talk about it with each other.

Food we consume is mixed with acids in the stomach, causing the carbohydrates to break down in to glucose, which is absorbed by the small intestines and released to our blood to be used as energy. And some people use that energy to tell you that they don't watch Game of Thrones.

running out of trophies to give to the people who don't watch Game of Thrones!

LITERALLY NOBODY IN THE WORLD :

“Am I ThE OnLy OnE WhO DoSeNt WaTcH GaMe oF tHrOnEs” pic.twitter.com/CwwJpB3cTp

14. You literally don’t have to tell anyone.

News flash: no one cares if you haven't seen an episode of Game of thrones before. Let people enjoy things and stop critizing people for things/shows that they like. 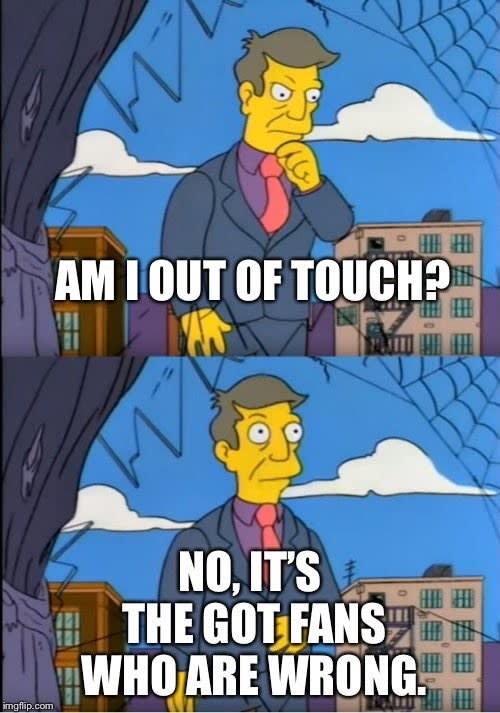 16. We all think it’s because you’re not smart enough to follow along.

If I had a dollar for every person who feels the need to aggressively talk about how they don't watch Game of Thrones on the night that so many people are trying to enjoy themselves for one damn hour, I'd have money for all the beaded earrings I want.

17. Reference this before you speak. 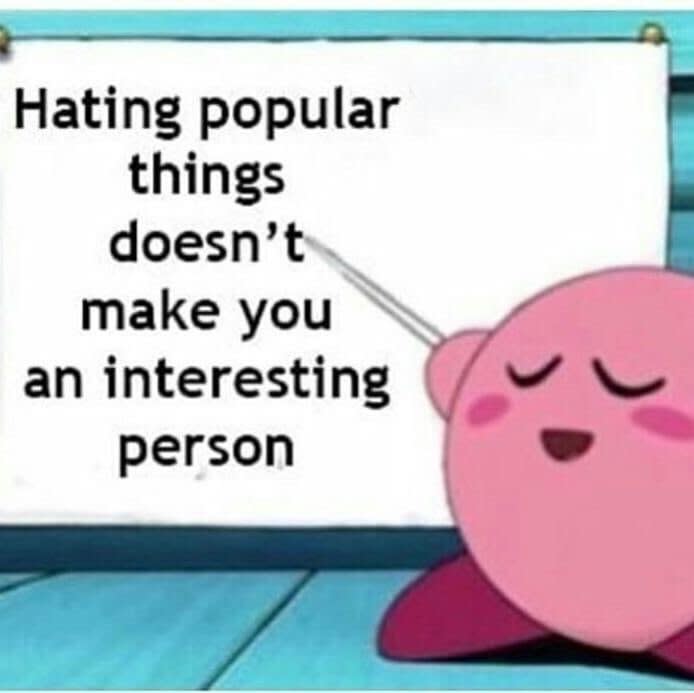