Many pet owners want to personalize their pet in wild and crazy ways. Some people will custom make collars and leashes, while others will get sweaters and jackets. But, there are some pet owners who take things way too far—like this one owner who decided to dye her dog’s ears bright red. 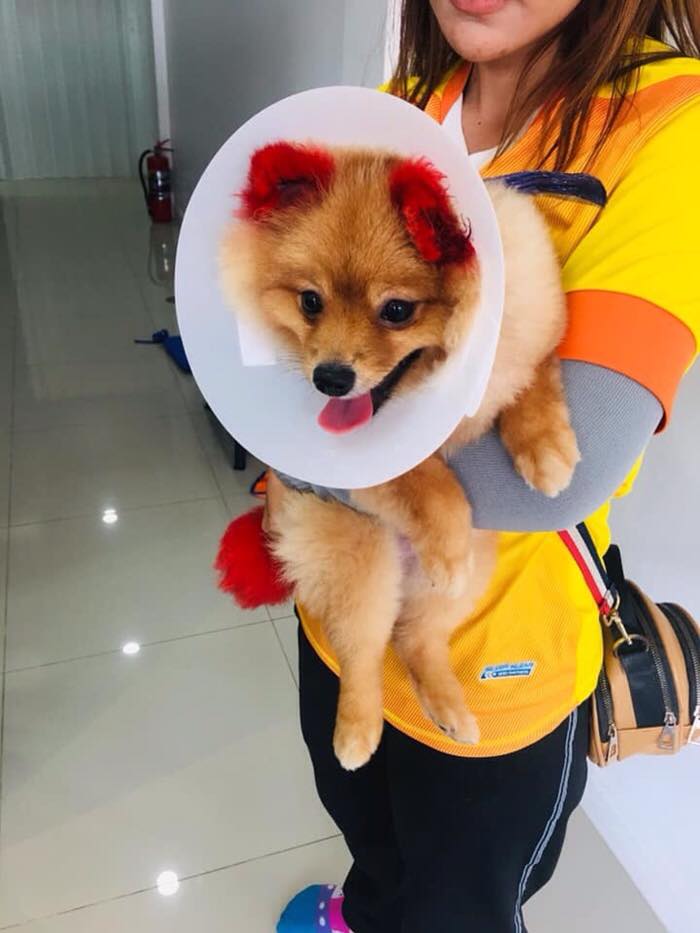 A dog owner from Thailand decided to take her pup into a salon to have his ears dyed red. Her dog, Diffy, sat for 40-minutes with foils on his ears before having the finished product. After returning home, the owner asked people on Facebook whether or not it was normal for his ears to be folded down. She wrote:

‘Before the dye, my dog’s ears were up. But after I went to the pet store and the dog stylist coloured his ear with aluminium foil for 40 minutes without heat, I took him home and his ears turned out like this. They were folded down. The stylist said that I have to wait for two or three days and his ears will recover. Has anybody experienced this before? 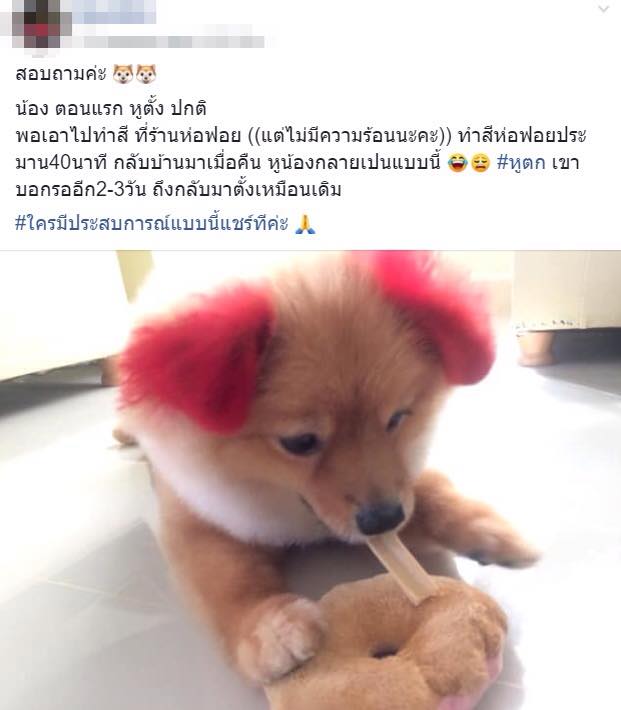 However, Diffy was not so lucky. The dog suffered from a severe allergic reaction to the dye used on his fur and, it caused his ear to burn and completely fall off. 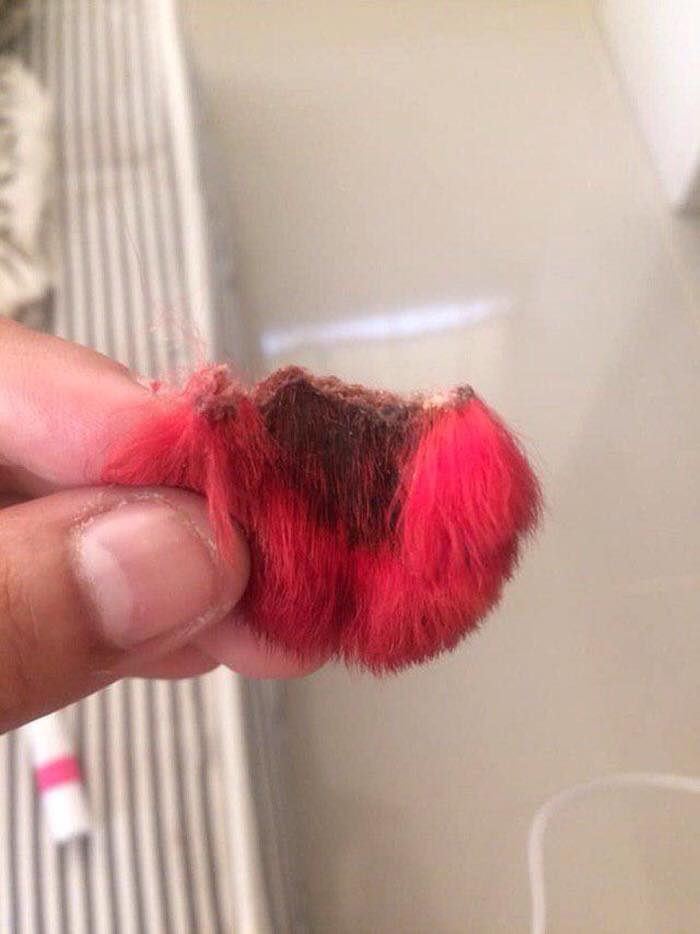 The owner posted the photos saying:

The pet groomer put too much dye on him. My dog’s ear was itchy, burnt, turned black, cracked, and eventually fell off. ‘I don’t blame the grooming store but I blame myself for wanting to have his ears dyed.’

Many dog lovers and animal activists online have since spoken out against people dying their dog’s fur crazy colors. The chemicals that are used in dye that humans use on their hair are far too harsh for dogs and their fur. In fact, this is one of the reasons Diffy’s ear burned this way.

The RSPCA told Metro that using any kind dye—even if marketed towards dogs—should be avoided.

Our pets are living creatures and dyeing them sends out a worrying message that they could be viewed as novelty accessories rather than as intelligent, sentient animals. People may think they are treating their pets by dying their fur but some of the paints, dyes, inks and glues used can be toxic and harmful to animals. Even if a dye is marketed as “pet friendly”, we would strongly advise against it.

It just goes to show you that trying to “customize” your dog will do more harm to the animal than good. Stop trying to pamper them and spice up their fur when they are just beautiful and perfect the way they are naturally.