Like many new parents, Mark Zuckerberg and his wife Priscilla Chan are juggling the joys of having children with the struggles of maintaining a healthy sleep schedule. Priscilla, in particular, has been having a hard time getting consistent shut eye through the night. So, Mark put his engineering skills to work and created a home invention that honestly, might be better than Facebook.

Mark Zuckerberg and his wife Priscilla Chan are enjoying the early stages of parenthood.

I'm thankful for time with family, and that all the girls went along with my plan for matching pajamas.

But like many moms, Priscilla has been struggling to sleep through the night. 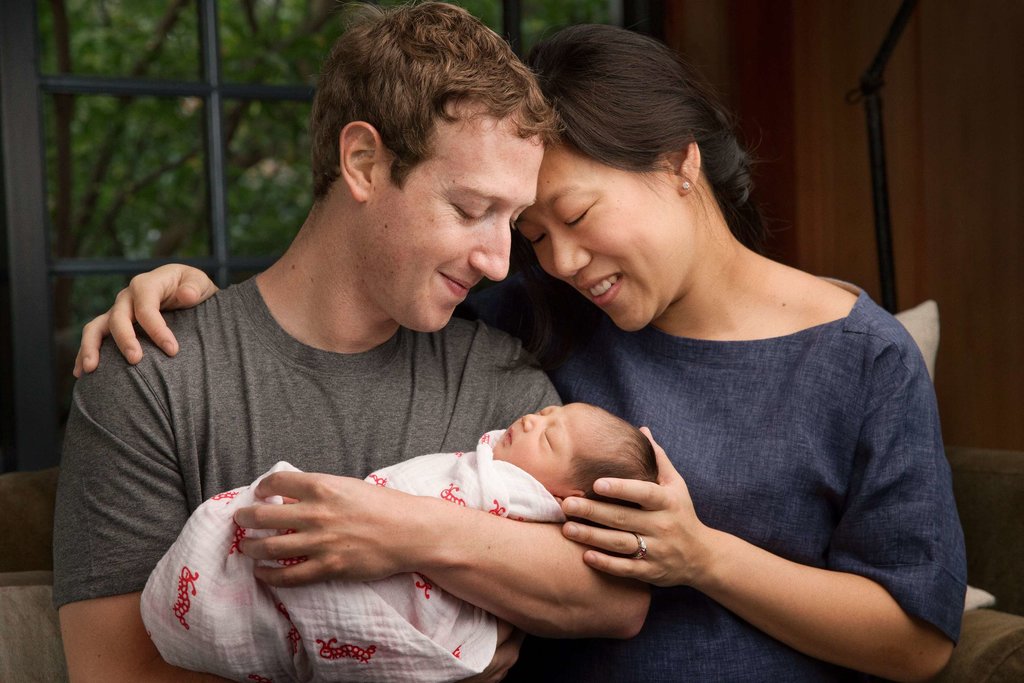 So, Mark went to work engineering a simple, yet effective homemade product that would help his wife relax and rest soundly.

Being a mom is hard, and since we've had kids Priscilla has had a hard time sleeping through the night. She'll wake up and check the time on her phone to see if the kids might wake up soon, but then knowing the time stresses her out and she can't fall back asleep. So I worked on building her what I call the "sleep box". It sits on her nightstand, and between the hours of 6-7am it emits a very faint light — visible enough that if she sees it she'll know it's an okay time for one of us to get the kids, but faint enough that the light won't wake her up if she's still sleeping. And since it doesn't show the time, if she wakes up in the middle of the night, she knows to just go back to sleep without having to worry about what time it is. So far this has worked better than I expected and she can now sleep through the night. As an engineer, building a device to help my partner sleep better is one of the best ways I can think of to express my love and gratitude. A bunch of my friends have told me they'd want something like this, so I'm putting this out there in case another entrepreneur wants to run with this and build sleep boxes for more people!

In his caption, Mark explains that the box emits a “very faint light” between the hours of 6 to 7 a.m. that’s just “visible enough that if she sees it she’ll know it’s an okay time for one of us to get the kids, but faint enough that the light won’t wake her up if she’s still sleeping.”

He hopes his simple invention could help others with their sleep issues as well.

“A bunch of my friends have told me they’d want something like this, so I’m putting this out there in case another entrepreneur wants to run with this and build sleep boxes for more people,” he writes.

One site has even broken down the process step-by-step so people can create their very own ‘sleep box’ at home.

Needless to say, people are in love with the elegant design and the thought behind it.

Really loved this post by Mark Zuckerberg. There are some many different ways to show your partner you love them. Be it a hug, a gift or even coming up with a solution to a problem they face. This is elegant engineering. pic.twitter.com/TbXdwD2mcG

It’s not the fact that something like this already exists, it’s that he took the time (however long that may have been) to make a gift by hand for his wife. It’s the same idea for cards: they already exist, but when someone makes you one instead of buying one, you value it more.

Love this for many reasons, one he built something for his partner… he listened to her problems and used his own skills to create a solution. Another is he outright gave it out to the world, he found a solution and shared it just because.

Honestly love this! There are so many times that I’ll be freaking out about some type of problem I can’t solve, like literally on the verge of a mental breakdown, and Cristian will calmly suggest different solutions that end up solving the issue. Love can be as simple as that!

And offering the idea out to new entrepreneurs ???? what a guy