If you’re keeping up with the news on the West Coast, wildfires have been blazing across California that are forcing residents to evacuate their homes, leaving everything behind. While officials, firemen, and first responders are doing their best to contain and fight the fires, inevitably many homes have been destroyed.
As California is the home to many famous faces and names, dozens of celebrities have also lost their homes and possessions in the wildfires. Among the many names who have evacuated their homes—here are the famous few who have lost theirs.

Cyrus tweeted that she was “completely devastated” by the fires affecting her community. She did add that she evacuated safely with her many pets and the love of her life—who we only assume is Liam Hemsworth. However, her house did burn in the fires.

Completely devestated by the fires affecting my community. I am one of the lucky ones. My animals and LOVE OF MY LIFE made it out safely & that’s all that matters right now. My house no longer stands but the memories shared with family & friends stand strong. I am grateful for

all I have left. Sending so much love and gratitude to the firefighters and LA country Sheriff’s department! If you are interested in getting involved see next tweet….
Donate $ , Time , Supplies
I love you more than ever , Miley

Liam Hemsworth also shared a photo of their home burnt to the ground.

It’s been a heartbreaking few days. This is what’s left of my house. Love. Many people in Malibu and surrounding areas in California have lost their homes also and my heart goes out to everyone who was affected by these fires. I spent the day in Malibu yesterday and it was amazing to see the community pulling together to help each other out in any way they can. Malibu is a strong community and this event is only going to make it stronger. Thankful for the all the great local guys that helped keep smaller fires out around my property. I love u guys. I love you Malibu. Thank you to all the hero firefighters around California. It’s going to be a journey to rebuild. Stay strong all. To help/donate visit @malibufoundation and @happyhippiefdn

The Real Housewives of Beverly Hills star shared a photo of her home with a sad, and lengthy caption, thanking officials and firemen for trying their absolute best and keeping everyone safe.

Sadly my house couldn’t be saved. The courageous firefighters were able to save my cars and personal items recovered from my home. I thanked the fire chief and his team of firemen for all of their hard work. He took the time to explain what happened and I’m grateful for all of their hard work trying to save my home. Sad we lost our home but grateful that my family is safe. Luckily we quickly evacuated our house yesterday after a patrol car drove up the street announcing mandatory evacuations. I’m grateful for my lovely neighbors and friends who kept me informed and for their help this evening. ? Thank you all for caring ? #woolseyfire #malibu. Special thanks to Fire Chief Rash and his brave team of firefighters. ?

The actor shared a photo of the post-fire and post-evacuation mess that was left on his property after officials had finally been able to control the madness—which showed the foundation barely remaining.

Returned to my house in Malibu after evacuating. Heartbreaking time across California. Inspired as ever by the courage, spirit and sacrifice of firefighters. Thank you @LosAngelesFireDepartment. If you can, support these brave men and women at SupportLAFD.org. Link in bio.

The Blurred Lines singer shared a statement on his Instagram profile thanking the firefighters and volunteers who helped them. Thicke’s wife, April Love Geary, shared a photo on her Instagram page of a huge cloud of smoke, stating that “their house is somewhere in there.”

Our house is somewhere in there. I’m so sad but so thankful that we all made it out safe. Praying for everyone in Malibu, our city is up in flames ?

TMZ reported that one of the main locations for the show’s filming had completely been destroyed in the fires. All buildings on the set were gone.

Sad for fans of @WestworldHBO and shows like Dr Quinn Medicine Woman, the Paramount Ranch western town movie set has burned to the ground in the Woolsey Fire @CBSLA #westworld #Woolseyfire pic.twitter.com/DhZWaGbr6g

Other celebrities have evacuated their homes and have been waiting to return.

Caitlyn Jenner had to evacuate her Malibu home and has not returned just yet. She confirmed on Instagram that she was safe, with her dogs and friend Sophia Hutchins.

We’re out of the fire zone and are safe. Thinking about all those that are affected and hope you all are safe too. 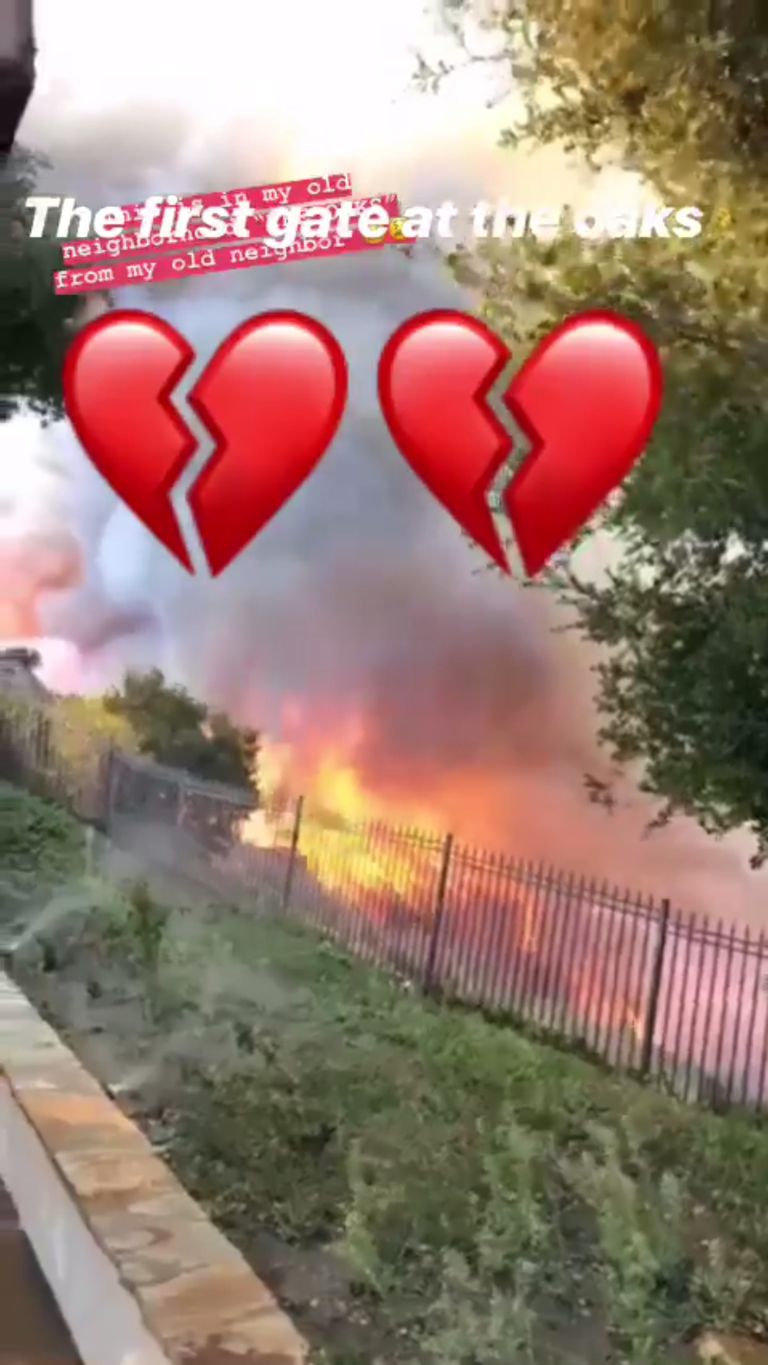 Trying to get my mind off of this fire and snuggling with my niece. We are all safe and that’s all that matters

Kylie Jenner and Travis Scott also mentioned the fire was blazing very close to their home—however, they are currently on tour for Scott’s ASTROWORLD. 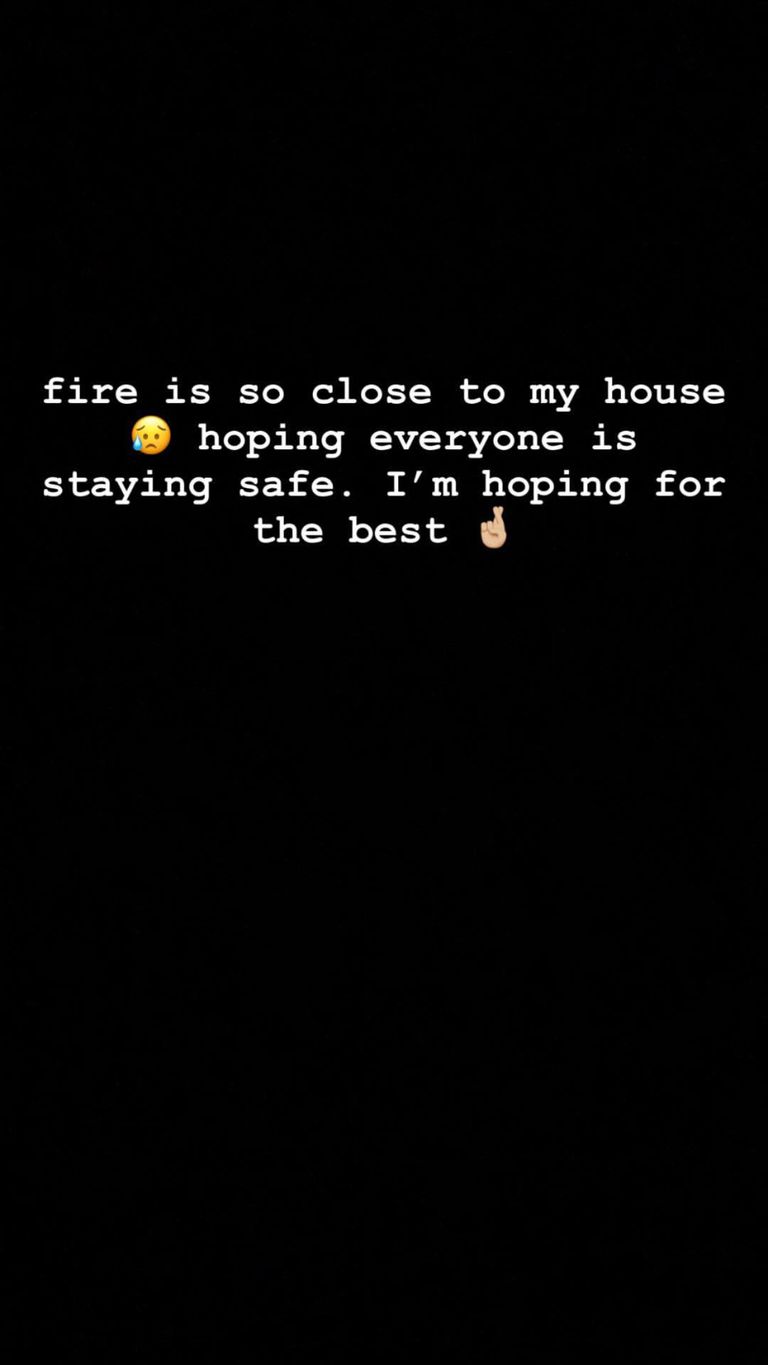 Orlando Bloom shared a terrifying image close to the street his home is located on.

this is my street as of two hours ago praying for the safety of all my malibu fam, grateful to our brave firefighters please stay safe ??

Gigi Hadid and Bella Hadid shared that their childhood home had also been affected. 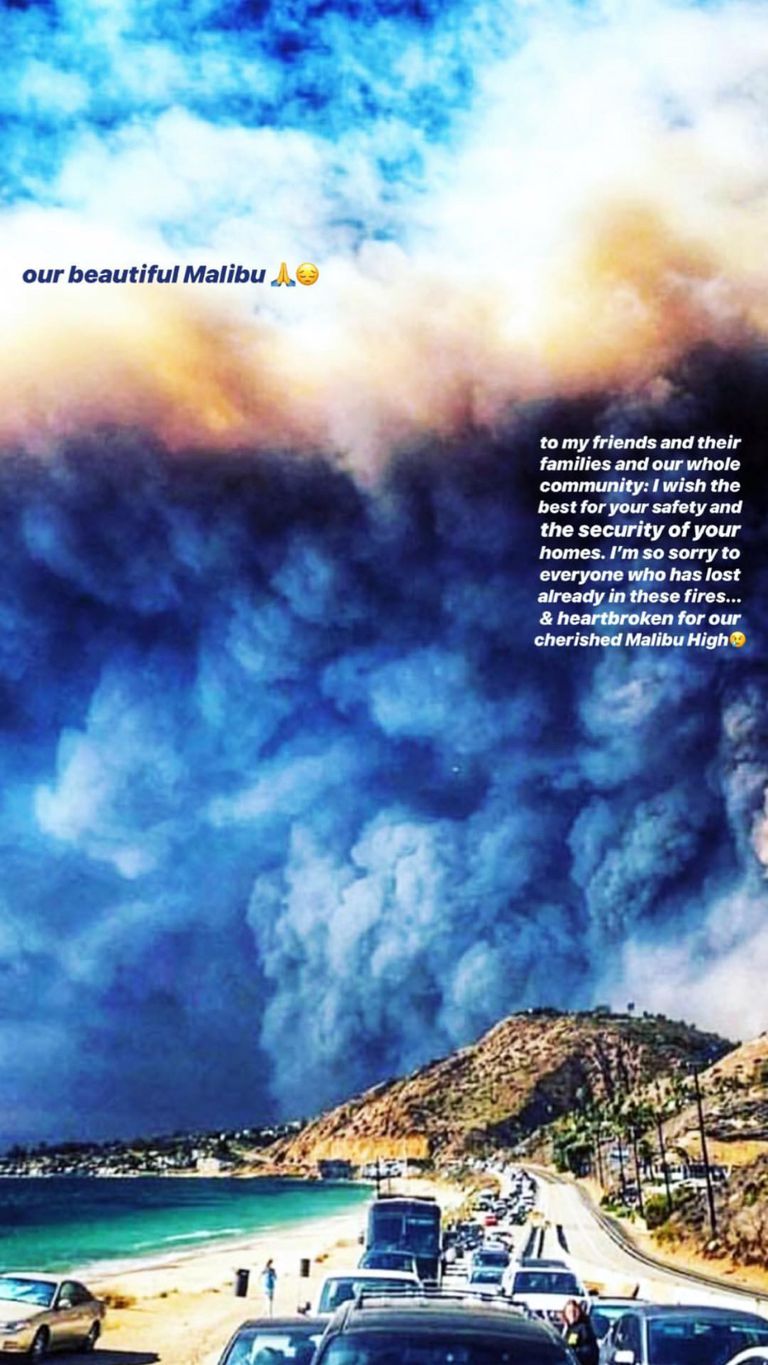 Lady Gaga also shared she needed to evacuate her home. 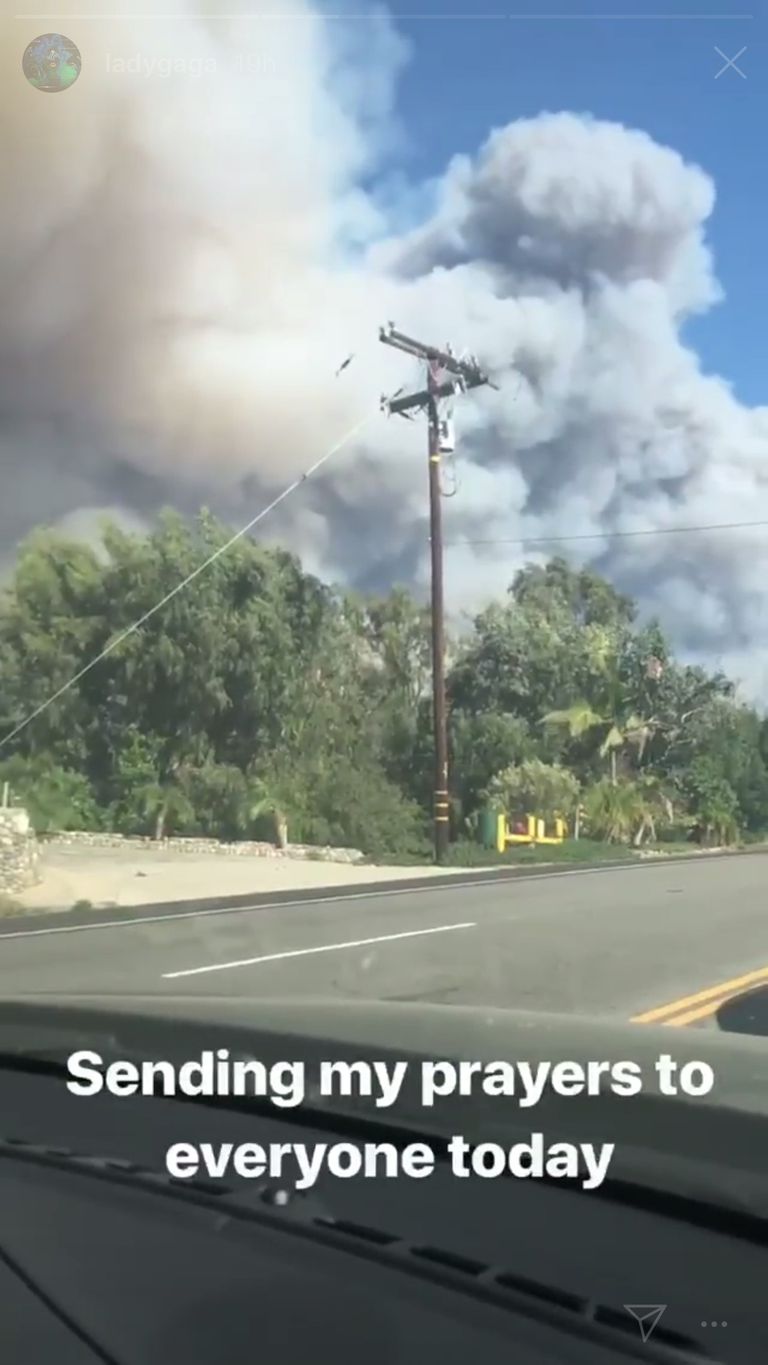 Jessica Simpson shared a photo of the devastation, and that she had been evacuated for 48 hours.

Praying for everyone in California affected by these terrible fires. We have been evacuated for almost 48hrs now and need the angels to keep surrounding our home. Thank you to the brave firefighters who have protected our home so far. ??

We are praying and keeping everyone affected by these fires in our thoughts—if you would like to donate any money for victims of the fire, The American Red Cross is accepting donations, as well as the California Community Foundation’s Wildlife Relief Fund. You can also support and donate to the Los Angeles Fire Department here.