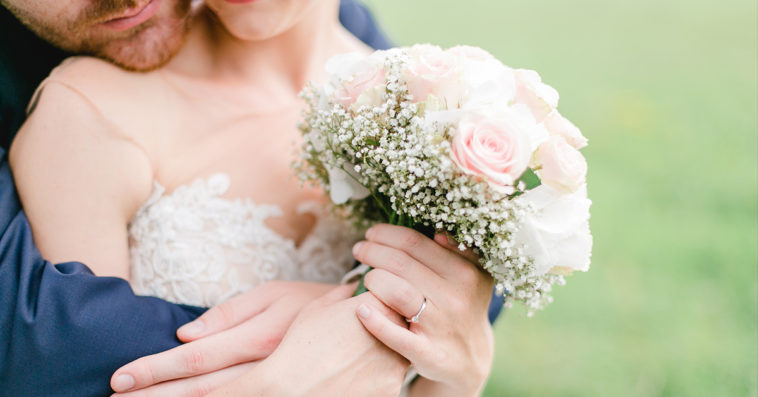 A recent post on the AITA subreddit (Am I The A—hole, a community where people ask whether they’re acting like an a-hole and more often than not, are told, “no doubt”), was written by a former bride who was still furious over a bridesmaid “upstaging” her and ruining her special day.

Now, all brides—whether they be bridezillas or not—want to be the center of attention on their wedding day. Of course they do! It’s one big day day that costs a lot of money, takes a lot of planning, and rents a lot of space in the bride’s brain. It’s understandable.

A bride feeling overshadowed by a friend and bridesmaid on her wedding day is a sad thing, indeed.

But this Reddit bride may be blowing things way, way out of proportion. Not only is she still livid over what she views as her bridesmaid’s betrayal (debatable, as we’ll see), but she genuinely believes said bridesmaid owes her a do-over.

A wedding ‘do-over’ as a concept on its own is absolute madness, especially when we take into account that this particular wedding cost $30,000. But the actual reasons OP believes she is owed a do-over are frankly bats—t. Let’s dissect.

u/ignoredbride first set the scene: The wedding “took 3 full years to plan” (!!!) during which the bridesmaids’ relationship statuses (understandably) changed.

“My now husband and I got married 1.5 months ago. We had 6 people on each side of the bridal party. This wedding took 3 full years to plan and prepare for. When I got engaged, most of the bridesmaids were very single, including Anna, the “star” of this story. Two of them were in long term relationships. I wanted to just give the two partnered bridesmaids plus ones. Anna seemed offended by this, because my wedding was then years off, and she was actually dating her now husband at the time (though it was casual).”

OP was forced by her mother to give every bridesmaid a plus one, including Anna, who ended up getting married several months prior.

“I eventually got pushed by my mother to give all of them plus ones. Anna actually continued to date that guy, and married him four months before my wedding at two months pregnant. She brought her new husband as her plus one (who I never met prior) and convinced one of the other bridesmaids to take her friend as hers (when she KNEW we didn’t like him).”

Anna, who has a “vibrant personality,” a “very tall and incredibly attractive” husband, and a “hugely pregnant” stomach ended up garnering some attention from several wedding guests on OP’s big day.

“She was hugely pregnant, and didn’t refrain from showing it off. We’re both fairly young (25) and in my husband’s culture, getting pregnant before late 20s/30s, married or not, is basically a teenage pregnancy and drew ATTENTION. She also has a vibrant personality and has a way of eclipsing everyone around her. Her husband is also very tall and incredibly attractive, which drew a lot of attention.”

After harping over how many people mentioned Anna and her hot husband, OP as an afterthought reveals that one of Anna’s buds hooked up with OP’s brother, “outing him as gay and causing a huge scandal.”

“All anyone spoke about or of was Anna’s pregnancy and her attractive husband. Even in the line, people were asking about that “electric woman” and of her pregnancy/marriage/life. When they got up to dance, all eyes were on them. Anna’s friend ended up hooking up with my brother, outing him as gay and causing a huge scandal.”

Which, to be fair, is not Anna’s fault.

“I ended up leaving midway through the reception in tears, and never attended the next morning’s brunch. Anna and her entourage left early the next morning and also didn’t attend. I can’t even look at the pictures without crying and desperately want a do over.”

OP now feels as though Anna “owes” her another wedding because she “got pregnant without a thought” and thus “reaped the benefits” of OP’s big, special day.

“I’m not a bridezilla, but this was beyond the pale. It felt like a celebration of Anna’s marriage. I’m sorry, but I put so much planning, effort, and money into this while someone that got pregnant without a thought and married spur of the moment reaped the benefits.

I honestly feel like Anna owes me a wedding and did all of this as revenge for me offending her years ago. Am I wrong?”

“Am I wrong?” asked u/ignored bride. “YES” came the resounding reply from Reddit.

Many accused OP of being salty, spiteful, and jealous—mostly of Anna’s hot, tall husband.

A lot of Redditors defended Anna, arguing she’d done nothing wrong by simply living her life.

Best of luck to this bride and her new husband.