The internet is a place of facts but also of opinions. A whoooooole lotta opinions. And not just about frivolous stuff, like which TV shows are the best or which celebrity wore it better, but about the important stuff. The things that matter, that we should all be talking about, but that for some reason, until now, we haven’t. Like the serious issue of how baby centaurs breastfeed.

Redditor chinchuberry, who is clearly not afraid of the tough questions, asked “Do you think a baby centaur would suck on the horse nipples or the human nipples? Why?”

Ah, the question that has kept so many of us up late at night, pondering.

You might think that with a subject as controversial as this, people would be hesitant to weigh in but that wasn’t the case—it seems people are glad to finally be able to talk about this.

Right off the bat, starsingertx pointed out that in Greek mythology, centaurs are male:

Well, it’s implied in Greek Mythology that centaurs are male, they keep stealing human women. Given that idea (just an idea, mind you, no proven fact), their mates have to be human so it’s human nipples.

Which brings up the question of how are centaurs being born if they’re all male? And do they sleep with human women? 2swole2control asked:

Damn so the human women are essentially birthing baby horses?

GlyphedArchitect responded, “This kills the woman,” but ausumnes explained, “You just gotta be flexible.”

However, according to Disney, female centaurs exist.

Mutantzombiecow added that female centaurs are called Centaurides, and included a link to this mural featuring them.

So for the sake of argument, we’re going to assume that centaurs have regular centaur sex, and the female centaur births and feeds the baby. We know she has breasts with which to feed her young, but they’re censored in this photo so it gives us no information about nursing.

Centaur pregnancy lasts 10 and a half months
Source: Me, a person who failed math in high school

All of this information, but as of yet, no real debate on how they’d nurse. Would the baby stand under the mom and suckle her teats like a foal would a mare? Or would the baby be held in the mom centaur’s human arms and drink from her breasts like human babies do?

Or is there a whole other way, like in this picture provided by a scientist on our staff. 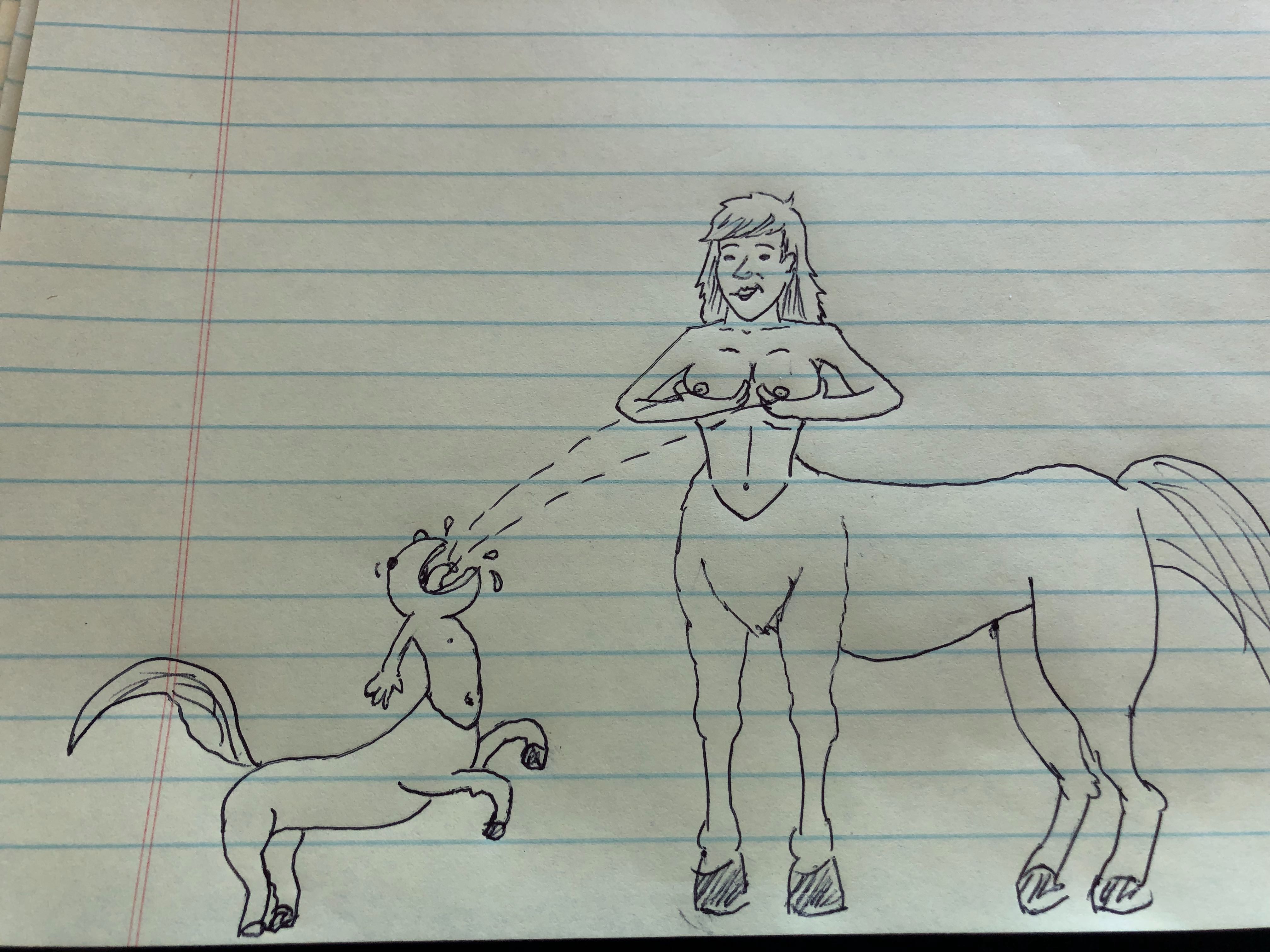 Well, I think we finally found out the truth. Tickledoctopus asked, “Does this answer your question?” and included a link to this lovely scene. 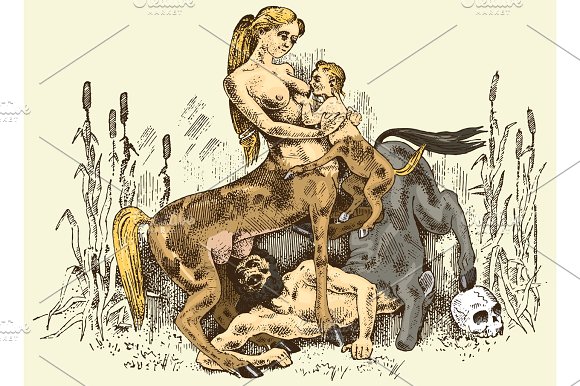 So there you have it. The baby latches onto the mom’s human nipple, while his front hoofs awkwardly try to hold on to help support his weight.

But…wait a minute…what is going on underneath the mom?? Good god. So the baby drinks from the human breasts and the dad sucks from the horse breasts?