Today’s food service industry has waitresses trying new ways to get some extra tips. One example that’s trending on social media platforms like TikTok, is tagged the “pigtail theory.” Behind this theory, there’s some proof that women who wear their hair in pigtails to their waitressing jobs tended to make a lot more money in tips. Now, one waitress is encouraging other women with her extra-tips “hack” of wearing an all-black jumpsuit. User bonaocean, claims that this outfit has been making her above average tips.

Her video posted to TikTok, which gained over 3.8 million views and half a million likes, showed the waitress modeling her all-black jumpsuit that she bought at Shein. I’ll take this moment to note that Shein is a horrible company that utilizes child labor in sweat shops. That being said, if you’re considering doing this trend, try buying your catsuit at a local store or more reliable website. 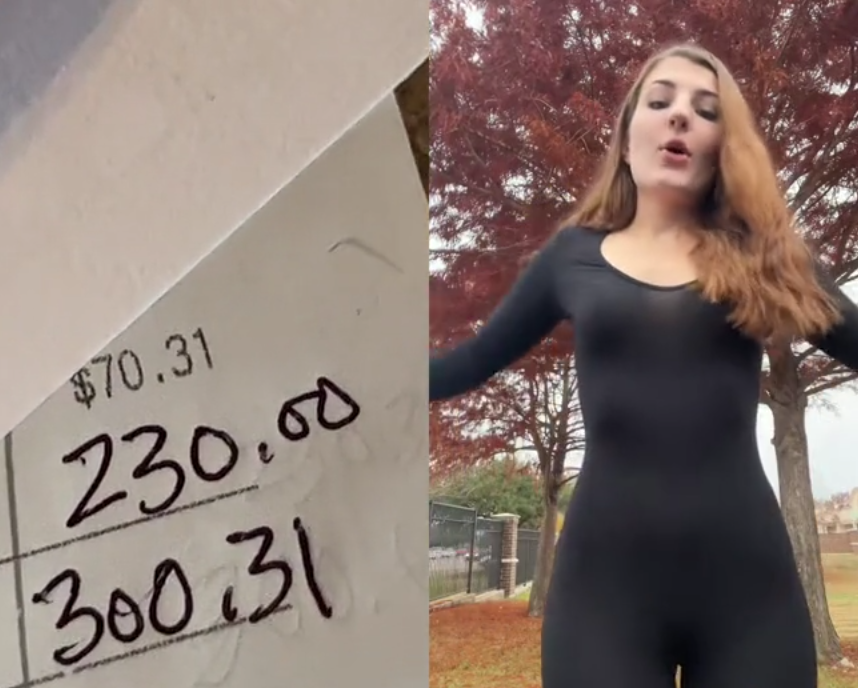 The jumpsuit appeared to be made of spandex-like material and was very form-fitting. The creator shows one receipt with a total of only $15 where she received a tip of $200. Another receipt showed that she was tipped $230.

Research has actually shown that male customers at restaurants will tip more depending on what a waitress is wearing. For example, one study showed that waitresses wearing the color red received more tips from male patrons compared to waitresses who were wearing different color tops.

Well, according to @bonaocean’s receipts, her jumpsuit hack appears to be working. Who knows what would happen if it was a red jumpsuit! Despite her alleged success, some viewers commented on how they may not be allowed to wear such an outfit at their jobs. Most restaurants require some kind of slacks or dark pants and a button up shirt for formality.

This server’s hack of wearing a black jumpsuit to make extra tips can be watched below:

#duet with @bonaocean Well i guess im only wearing these from now on.

Some viewers discussed the limitations behind this hack, while others speculated why it was this jumpsuit was truly gaining so much positive feedback…