When we consider the amount of times Bran Stark has escaped death, and the number of people who have helped him do so throughout seven full seasons of Game of Thrones, it feels more than fair to assume that he is not just an important character but one integral to the series’ ending; a character who kicked off the show in Season 1, and one who will help defeat the Night King (unless he IS THE NIGHT KING??) and close it out in Season 8.

Reddit user cabtx thinks they know how. And before you get all skeptical and disbelieving, hear them out. As you might recall from Sunday night’s episode, Season 8, Episode 2, Theon Greyjoy (no longer Reek!) came back into town, hugged Sansa tightly, and offered to stand guard for Bran while the latter acts as bait to lure in the Night King. 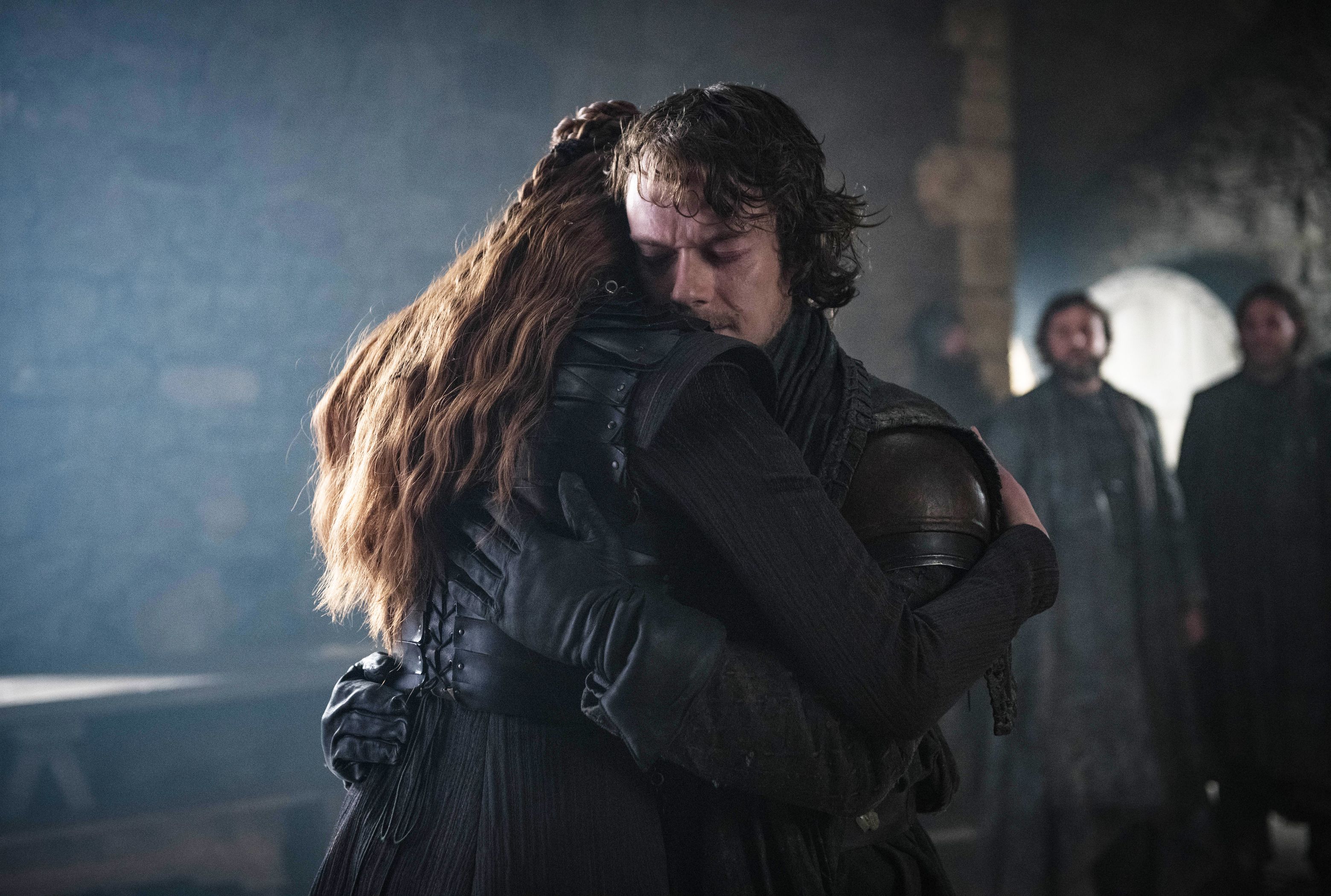 The twist, because there is always a twist, is that Theon will turn Bran into a White Walker in order to defeat the Night King. 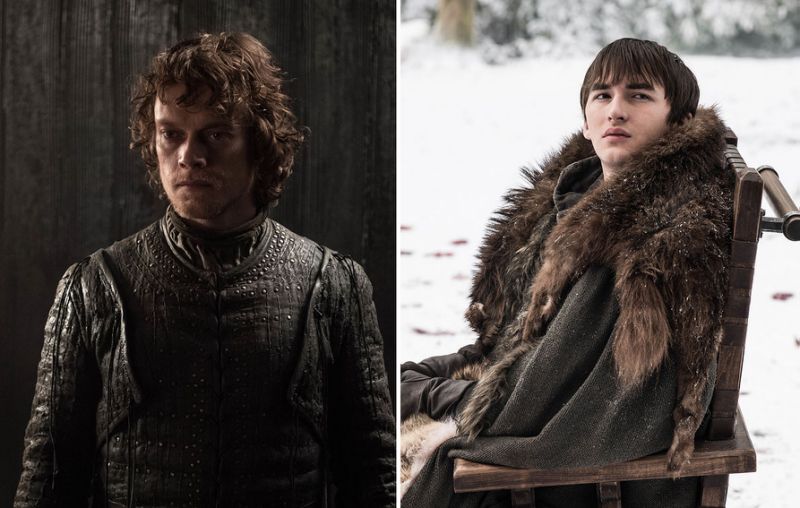 For one, writes cabtx, consider the number of times Theon alone has saved Bran Stark’s life.

“Theon sent an arrow through the back of a wildling (straight through the heart) when the wildling held a knife to Bran’s throat. The second time was by staging Bran’s and Rickon’s deaths when they ran away from Winterfell. By pretending they were dead he inadvertently protected them. This prevented them from being hunted, chased, or sought after by other possible foes. What is Dead May never die. If Bran was ‘dead’ no one would look for him or want to kill him.”

After this point in the show, Bran begins his long, four-seasons-long journey North, wherein he is told repeatedly by Jojen and Meera Reed that he is the “only thing that matters,” learns to navigate greensight, and ultimately ~becomes~ the Three-Eyed Raven.

Keeping in mind how often we are hit over the head with the idea that Bran is “the key” to the Night King’s demise, we turn to the portion of the theory that breaks down the logistics of the youngest Stark’s assault:

“Bran has a master plan and he is going to start putting it into action in episode 3 when he arranges to have Theon turn him into a White Walker at the weirwood in Winterfell! With powers of greensight, (warging), AND the vast knowledge of the 3ER (three-eyed raven), Bran could turn into a WW with the same powers of the Night King.”

If Bran is able to turn himself into a White Walker with powers equalling those of the Night King himself, he might also be able to control the White Walker army and the NK’s new Ice Dragon, Viserion.

“In fact, he may be able to be more powerful than the NK. This might allow Bran to warg or control the ice dragon and/or WW & wights. My guess is that he will be able to. He will be key in taking out the Night King by interrupting or challenging the NK’s powerful abilities of warging.”

What’s Theon got to do with anything? Only the fulfillment of his redemption arc.

“Theon’s entire story arc centers around his betrayal and atonement for crimes against the Starks. Winterfell was more of a home to him than Pyke and Theon has endured brutal punishment for the crimes and atrocities he has committed. But he has done good things as well: He has saved Bran, saved Sansa, saved Podrick, saved Yara, and now he will turn Bran into the weapon they need to finish this fight once and for all. It will all be possible thanks to the Princes of Winterfell.”

“By fulfilling this last wish of Bran, Theon will forge Bran into the only weapon capable of beating the NK. Bran will become the Lightbringer who will drive back the darkness….All the guilt, punishment, and regrets Theon has are wrapped up in Bran. Bran is the key to Theon’s redemption. By turning Bran into a new Night King, Theon will finally be fully redeemed.”

Honestly, the logic is not unsound. The theory also compares Theon to Azor Ahai (though admits that Theon probably isn’t THE Azor Ahai since many other characters—Jaime, Jorah, Tyrion—have similar traits and story arcs), which would make sense with the “smoke and salt” portion of the AA prophecy because Theon is Ironborn.

Unfortunately, this theory is contingent on the Night King actually appearing at Winterfell for the final battle, rather than heading towards King’s Landing with his Ice Dragon to take down Cersei. And if true, it’ll mean Bran will die after sacrificing himself to save mankind.

Then again, all our favorite characters will probably perish anyway. 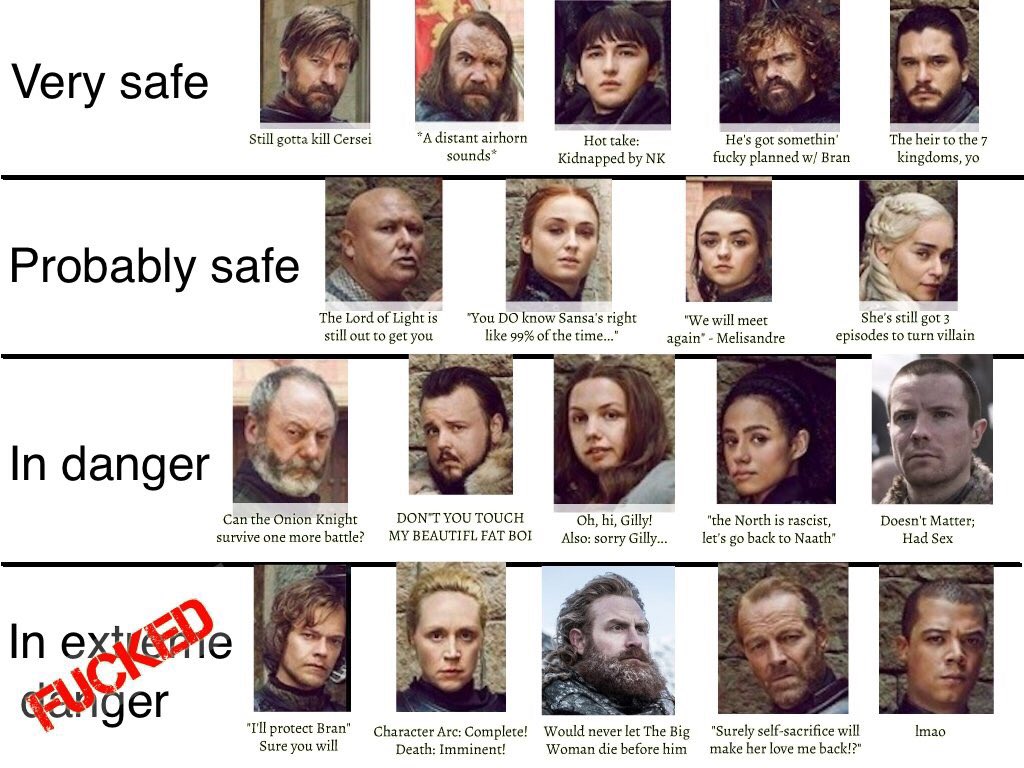 We already know Ser(!) Brienne of Tarth and Grey Joy are done for…