The thing about kids is that you can never, never, ever, never, ever, leave them alone, not even for a second. Obviously, that’s pretty much impossible, so that means that kids are going to get into trouble. It’s just a fact of life. They’re curious, the world exists, and stuff is going to come up.

A lot of people have stories about that one time when they were kids that they cut their own hair or that of a sibling. Sometimes they unevenly hack some bangs (not that I can do much better as an adult, honestly) or cut a big clump from one spot. Or, if you’re really unlucky as a parent, you can have a kid that gets into the electric clippers and totally goes at not just his head, but also that of his younger sister and brother. HOOO BOY.

That’s just what happened to this one mom who went to take a shower and left her kids so very briefly on their own. Sure, she cried when she saw the nightmare that was on top of each kid’s head, but she just had to laugh, because how can you not?

When you leave your kids alone for 10 minutes and they find the electric razor… ?(@stephie_leigh_)

Here’s what Stephanie’s adorable children look after their battle with the electric razor. Teddy, the one who wielded it: 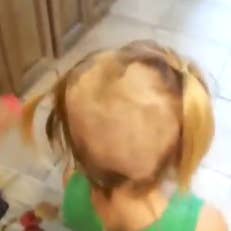 Eloise, who answered lost just a few strands from the back of her head: 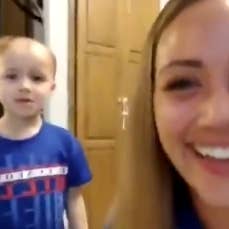 And the baby, Fred: 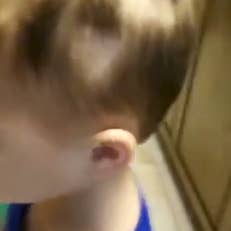 This was Eloise’s little face when Stephanie asked if she liked the haircut and she answered “no.”

But she also laughed and hugged her kids. She made sure not to upset them, saying, “it’s only hair, and it grows back.”

And there was this expression, the resolute face of a woman is JUST GOING TO BREATHE DEEPLY AND NOT GOING TO FREAK OUT.

Possibly the funniest part of the video (but also the saddest, for Eloise) is when Eloise asks her mom to put some more hair on her head.

The comments on LadBible’s Instagram were mostly people tagging their friends to see the video, but there were some that commended Stephanie on how well she handled the whole situation.

She was so calm and so understanding. Didn't raise her voice or anything, wow. That's some great parenting right there!!

Like she says, it is just hair, and it does grow back. Eventually.