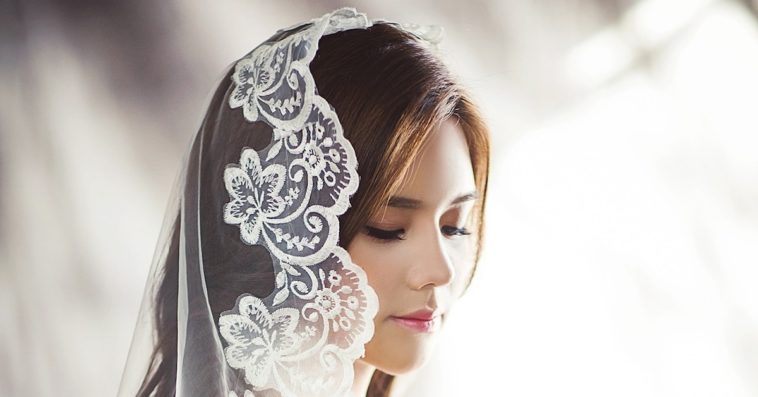 A wedding is supposed to be a special occasion. It may or may not end up being one of the best days of your life, but at the very least, it should be a nice one. Planning a wedding takes a ton of time, energy, and money, and most people have a pretty good idea of just exactly how they want the day to go.

One thing that throws a wrench into predictable is a kid. It’s always a gamble whether the child is going to be able to behave, or is even old enough to be able to behave, and some people are looking to have a very “grown-up” celebration. It’s not that they don’t like kids, or that they don’t adore their friends’ kids, it’s just a matter of what kind of party they want to have on their special day.

So imagine yourself in this bride’s position: she invited her guests to what she explicitly made clear was to be a “kid-free wedding,” only to have a couple show up with not one, but two kids. The anonymous bride posted to the AITA (Am I The A**hole) subReddit, asking if she was in the wrong for eventually asking the couple to leave.

The post went viral, and the bride herself was surprised by how many people were on her side.

She starts off by explaining that the she wasn’t even that close to the couple, and that her invitations did say “no kids.”

This couple I’m not very close with but the wife is a long-time family friend so I felt that I should invite her. To be clear, all of my invitations stated that there were to be no children at this wedding. But she and her husband showed up with their infant and toddler (who I think is like 3-4).

At the actual wedding ceremony, I let it slide. I was preoccupied for obvious reasons. I also thought that maybe they planned not to attend the reception or to have someone pick the kids up before it started. (My niece, who was our flower girl, and a few other kids who had to be at the wedding for one reason or another we’re getting picked up/dropped off after the ceremony ended).

She didn’t mind too much during the actual ceremony, but when it was time for the reception she found herself annoyed.

Anyway the reception rolls around (I’m fast forwarding through irrelevant details about the wedding but it was beautiful and everything went as smoothly as could be expected). The couple comes and, lo and behold, they still have their children.

I had many other guests and didn’t really feel like dealing with it so I asked our event planner to go over to them and discuss whether someone was picking up the child as the reception (and wedding, frankly!) were not supposed to have children.

I mean, everyone was drinking and loud and rowdy and a crying child and another little one running around was not part of the plan. (The infant already had to be taken out once during the wedding ceremony because of fussiness and the toddler was, from what I could see, already appearing cranky).

The bride sent her event planner to speak to the people, but then stepped in when she could see the couple was giving the planner a hard time.

My event planner went to talk to the couple. I could tell they were arguing with my event planner though so I went over to help him. I think they thought I came to rescue them because they started going on about how rude my event planner was. I explained that I had actually sent him over to discuss the children. I reiterated that the event was child-free and said that I had stated so clearly on my invitations.

The wife gave a sort of apology and then assured me that they were capable of minding their own children to make sure they didn’t get in the way of anything. I said that wasn’t really the point. That’s when my now-husband comes over and he and the other woman’s husband begin going back and forth and things got a little heated.

The groom came over and things started to get a little heated, which was when she’d had enough.

Finally I snapped and said that they just needed to go, which, thankfully they did without much more noise. Still, the whole scene was incredibly embarrassing which is exactly what I wanted to avoid.

I really hate that my wedding day had to be somewhat marred by this incident. According to my mother, everyone was talking about it and I guess enjoying a little dramatic entertainment.

Was I the a-hole for making them leave?

After the post blew up, the bride returned with some follow-up info.

Edit 1: Wow um this kind of blew up out of nowhere. Thank you all so much for the feedback. What I’ve gotten from this is that most people think that the couple was rude. There are also a select few who feel that it’s assholish to have a kid-free wedding at all which is…interesting.

By way of an update, I have now learned that a few family members felt that it was inappropriate of me to kick out the couple. (The wife apparently is still angry about getting kicked out and the husband is FALSELY telling people that we threatened to call the cops on them). No one has said anything directly to me though.

Anyway the feedback here has helped me not to feel guilty about that and just realize that not everyone has the same ideas about tact and manners.

**Edit 2: Well apparently this went somewhat viral and has now been in articles on Fox News, DailyMail, and Yahoo News. Many thanks to those in the comments who let me know! I had used a throwaway account to stay anonymous and lowkey, but I guess that’s out the window lol. No point in deleting now, so whoever sees it, sees it ????‍♀️

As she mentioned in her update, the internet’s verdict for her self-imposed charge of a*ssholery was mostly “not guilty.”

Absolutely NTA [Not The A**hole] you stated it on the invitation and asked them politely first. I feel awful that a day that was meant to be the best of your life was tarnished by the event. —_joesummer_

Yeah for them to argue about it was even more outrageous. You don’t have to explain or justify why you didn’t want kids at your own wedding. —Vulturedoors

A few people mentioned that they probably wouldn’t have brought their kids even if it wasn’t specifically a child-free wedding.

I have a six year old, and even if children were allowed I would probably still find a sitter. If I’m getting all dolled up to go to a wedding, I want to relax and have fun. I love my little dude, but mommy needs to unwind sometimes. —scnavi

I have 5 kids and until they got older I only brought them to close family events. My kids are very well behaved when we go out because we talk about expectations beforehand. I also make sure to watch them like a hawk and discipline before things get out of hand.

Many times I would stay home with them instead of getting a sitter (who the fuck is going to watch 5 kids!). My SO would pop in to the event just as a show of respect.

I would often say the same as you-even when I brought them I could not enjoy myself because I couldn’t relax. I never wanted to be “that Mom” that doesn’t give a shit what her kids are doing so I would be hyper focused on the kids.

Now it’s much better because they’re older, but when someone can says no kids- it means NO KIDS! —noyogapants

One person said they even took it upon themselves to double-check to make sure it was okay if they brought their kids to a wedding.

Hell, my friend is allowing kids at her wedding and I double checked that she wasn’t just being polite to me. All the other kids are older and can sit through the ceremony, while I have a toddler, so I let her know she doesn’t have to be “fair” if she doesn’t want toddlers. A wedding should be 100% whatever the couple getting married wants. —vault_dweller1031

But not everybody was in full agreement. ABC 7 News tweeted about the viral story, and at least one person criticized the bride.

I don't understand the no-kids thing. saying "no kids" is akin to saying "no old people". We're all in different stages of life and its good to embrace them all. I assume the bride was a kid once and she probably went to a wedding or two.

That was a pretty unpopular opinion though.

It boggles my mind that everyone isn’t on the side of the bride. Weddings are literally a celebration of the bride and groom. Whatever makes them happy is what should be. And if that means kid free, honor their wishes or stay home.

People are allowed to have preferences. If someone doesn’t want kids at their wedding that’s completely their perogative. If their friends and loved ones can’t respect that, they don’t have to attend.

It’s too late for this bride to change her wedding day, but this can serve as a warning to other people thinking of bringing their kids to a kid-free wedding—just don’t do it.