When people get married, you see their true colors. Are they loving friends, who want to have everyone they care about share their joy? Or are they attention-seeking narcissists who want to manipulate everyone like puppets? The truth is that it’s more of a spectrum and everyone has their bridezilla moments somewhere in the process, usually when they get the catering bill and realize what they’re spending on their special day. A little indulgence from guests is good and expected.

But there are requests that absolutely cross a line and destroy relationships in the process. This story shared to the r/bridezillas sub on Reddit is an example of who not to become when you’re getting married: an insensitive monster. The conversation was posted to Facebook by a woman who says she recently had a stillbirth.

The Brisbane-based would-be guest wrote, “This dumpster fire of a bride is getting married in early February and I would’ve been heavily pregnant as I was due at the end of February. But my daughter was stillborn in October.”

She added, “It’s been a s***ty time and both my partner and I are still just trying to get through each day and up until now everyone has been understanding and kind to us.”

The conversation starts with the bride asking if the guest was still planning on coming, and then suggested she shouldn’t because she thought her friend would be “over what happened by now.” She then accuses her of being dramatic because she cried when she saw a woman with a baby recently. 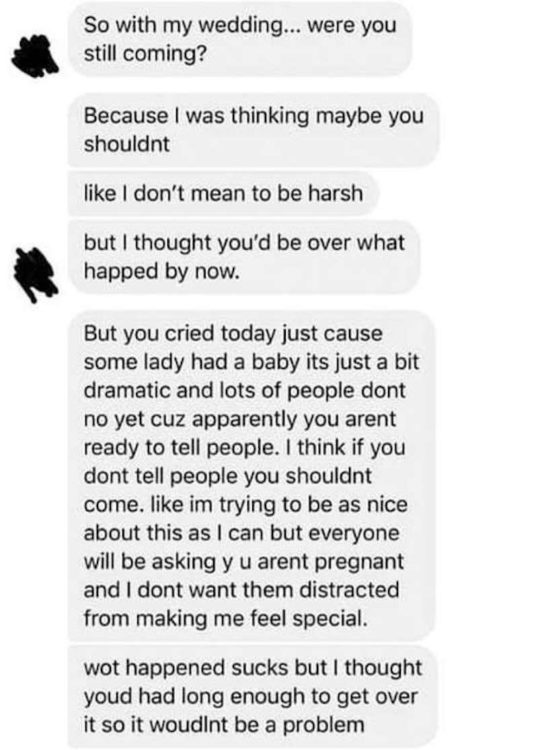 The guest responded, saying, “Uh. Okay I need a minute to process what the **** you just said to me.”

The bride answers, “Don’t take it the wrong way,” then says the guest knows she’s right and that she just needs “to move on.”

“I want my wedding to be about me,” she continues. “I don’t want it ruined by you, no offense. You’d do the same.”

“So let me get this straight,” the guest eventually says. “You don’t want me at your wedding because the fact that my baby f***ing died might ruin your day.”

That’s about the long and the short of it. 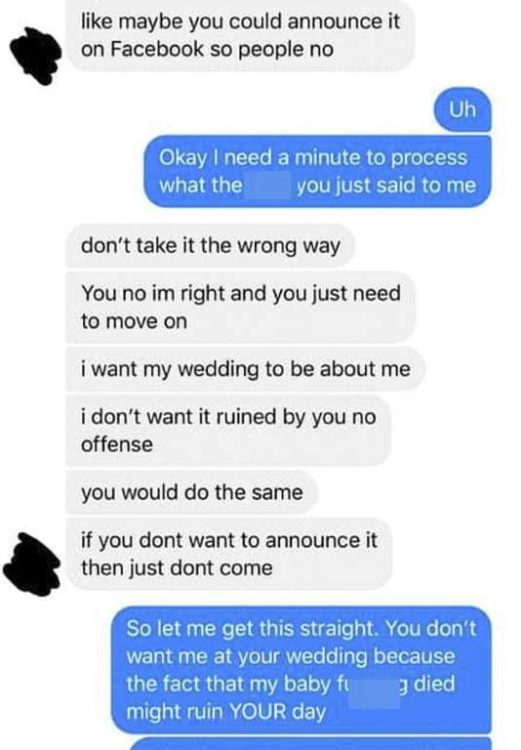 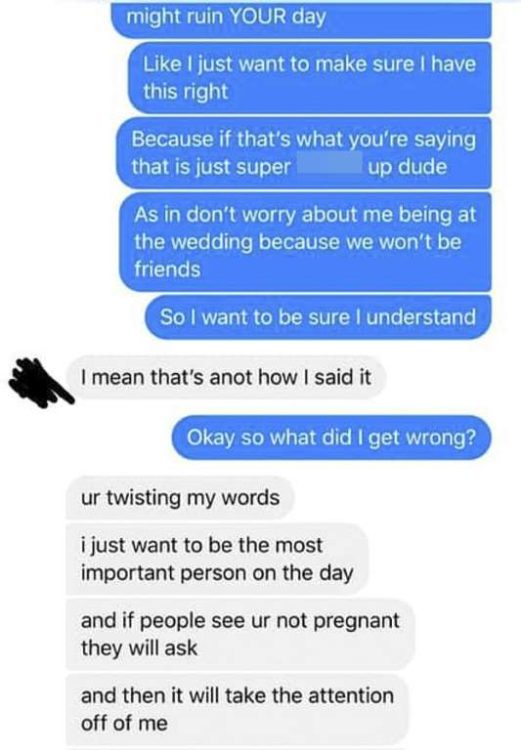 The bride accuses her FORMER guest of twisting her words, but she’s had enough.

“You know what… you enjoy your wedding without me. I hope our friendship is worth all the attention you so desperately need you giant trash pile of a human,” she told her former friend. 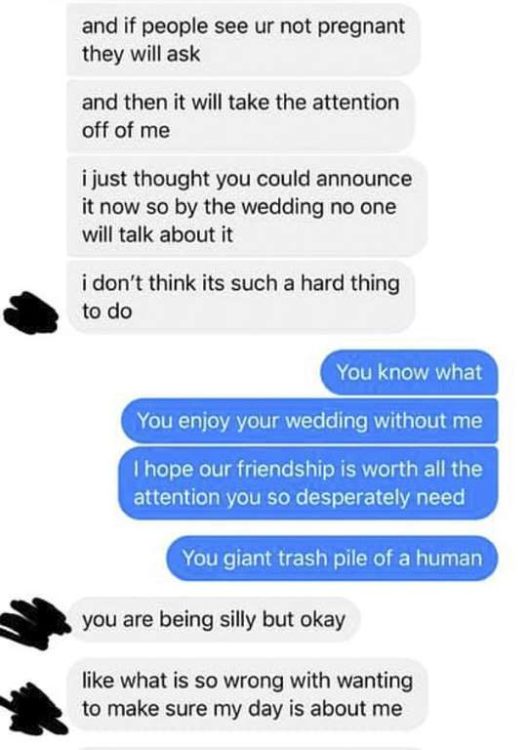 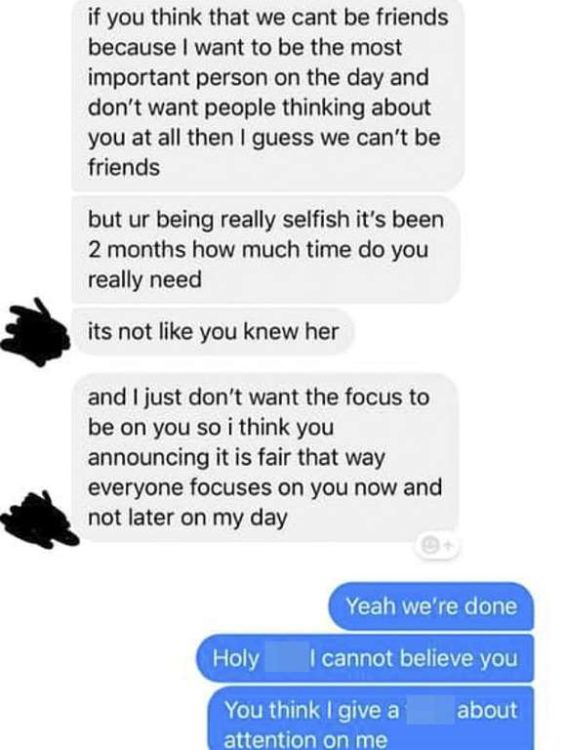 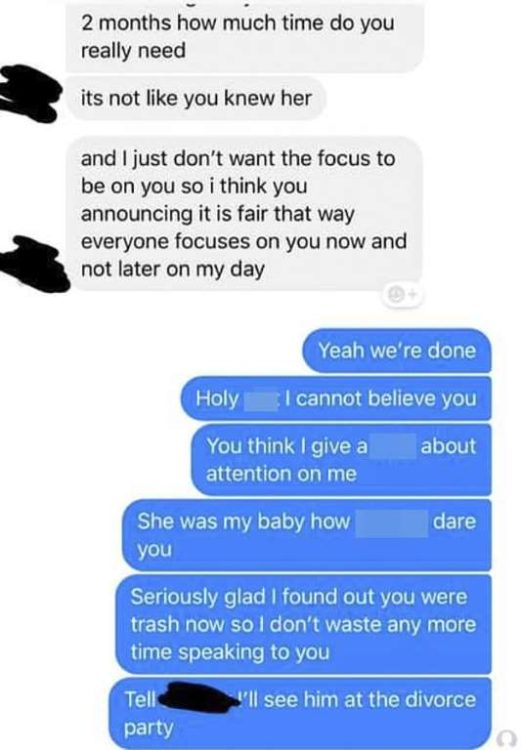 The bride gets in a few more cruel jabs before signing off, writing, “Its been two months now, how much time do you really need? It’s not like you knew her.”

The guest responds that she’s glad she found out what kind of “friend” the bride was, and says she’ll see the groom at the “divorce party.” A little mean, but justified at this point, don’t you think? 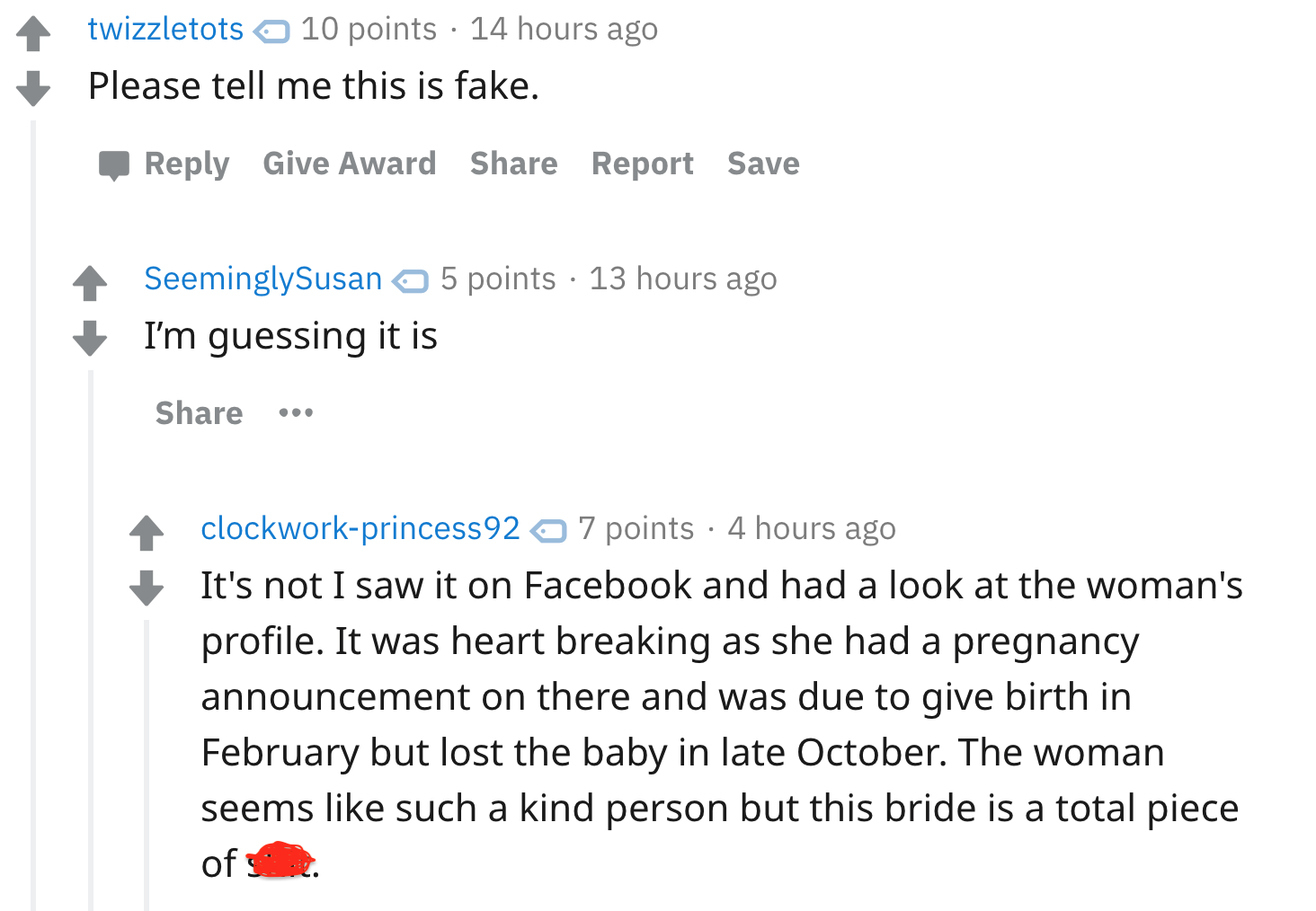