Some people are hard to please. Others are impossible.

So when Twitter user @RoblesTeonna took to Twitter to vent about her boyfriend being infuriatingly entitled she did so with the fire and fury of a woman scorned.

In an all-caps rant, Robles put her boyfriend on blast for whining like a spoiled child after she didn’t bring him food from Red Lobster.

DO YALL SEE HOW DISRESPECTFUL NIGGAS ARE. IVE DONE NOTHING BUT DO EVERYTHING FOR THIS MAN. HELPED HIM GET BUSINESS AND TAKE HIM FOOD OR WHATEVER HE NEEDS WHEN HES STRUGGLING AND BECAUSE I CANT THIS TIME THIS IS HOW HE COMES AT ME. pic.twitter.com/8DS5SMW3yN

Let the record show that Robles offered her boyfriend a home-cooked meal, explaining that money was too tight for her to buy him Red Lobster… 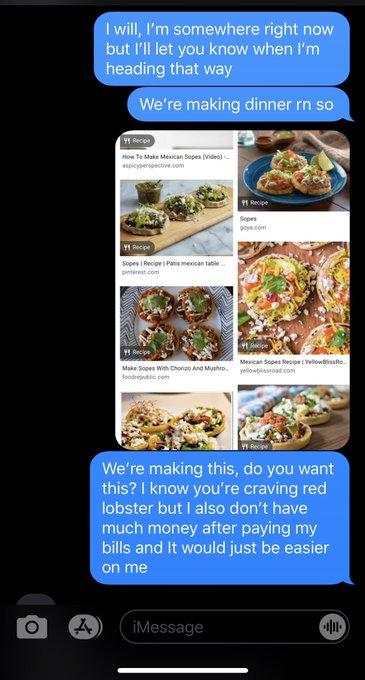 But that didn’t stop her boyfriend from having a hangry and extremely spoiled meltdown in which he criticized her and said she clearly “can’t afford to support a man of my caliber.” 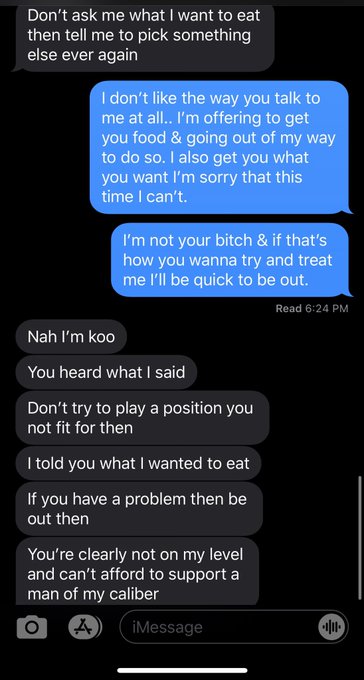 The feeling of dealing with someone so entitled that they don’t appreciate anything you do for them clearly struck a chord with a lot of people and the tweet was Liked over 68,000 times.

Robles posted an update in which her boyfriend sounds like a world-class whiner with incredible delusions of grandeur, saying she can’t expect “a king to lower his standards.”

Needless to say, the internet was not having it and the world’s most spoiled boyfriend got fried and sautéed like the shrimp he so craves.

Man of my caliber? LMAOOO

He has women doing EVERYTHING for him when he has nothing. I would feel entitled, too. They are fools.

The craziest thing about this is he’s treating red lobster like it’s some 5 star restaurant ???????? “man of my caliber” but red lobster is high quality to him

A man of his “caliber” eats Red Lobster? pic.twitter.com/C6z8JsdMO8

So why doesn’t he buy himself that red lobster if you’re not on his league? Yikes entitled men are the bottom of the food chain.