A Dutch airlines flight, flying from Dubai to Amsterdam was turned into Dutch oven after a passenger wouldn’t stop farting, forcing an unexpected landing in Vienna. An elderly overweight man has been blamed for causing quite the stink, refusing to end his devastating fart attack, even after repeated requests to stop from the pilot and passengers of Transavia airlines flight. Two Dutchmen sitting next to the gasman became enraged at this point started a fight which ultimately forced the pilot to land the plane in Austria. 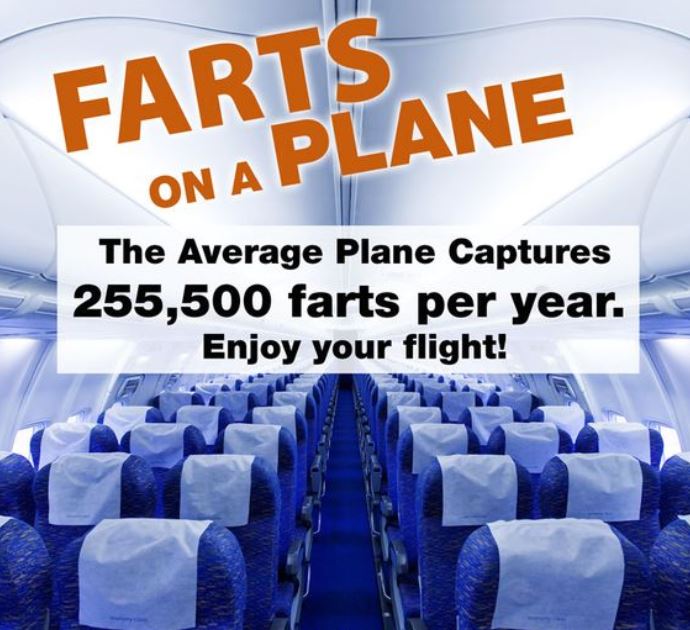 Once the plane landed in Vienna, police entered the plane with dogs and forced the two Dutchmen along with two other female passengers off the plane. The women removed from the flight claim are now taking the Dutch airline to court over the matter, claiming they did nothing wrong. One of the women, Nora Lacchab, 25, a law student from Rotterdam, said ‘We had no idea who these boys were, we just had the bad luck to be in the same row and we didn’t do anything. All I will say is that the crew were really provocative and stirred things up.’ None of the passengers removed from the flight were arrested, and nothing has reportedly happened to the man who went colon bowling on the Transavia flight. The pilot had reported “passengers on the rampage” before the footage below emerged of passengers being removed in a post on social media by Alfred Dekker.

A spokesman for Transavia commented on the story saying, “When passengers pose risks, they immediately intervene – Our people are trained for that. “They know very well where the boundaries are. “Transavia is therefore square behind the cabin crew and the pilots.” Transavia also imposed a travel ban on all four passengers removed, but not the farter. It’s yet another valuable lesson in the game of farts and proof that you always want to be the one who dealt it rather than the one who smelt it.