If you aren’t pursuing a career in the medical or healthcare field, then your knowledge of the human anatomy is likely pretty limited—or at least that’s the case for most people.

This is especially true when it comes to the more detailed areas of the body, like the muscle system. For instance, did you know there are over 650 skeletal muscles alone in the average human body? Not a fact many people have lying around in their brain.

That being said, it’s no surprise people are freaking the hell out over a recent viral photo of the female muscle system which shows the structure of milk ducts under the skin’s surface. TBH, we freaked out a little bit too. 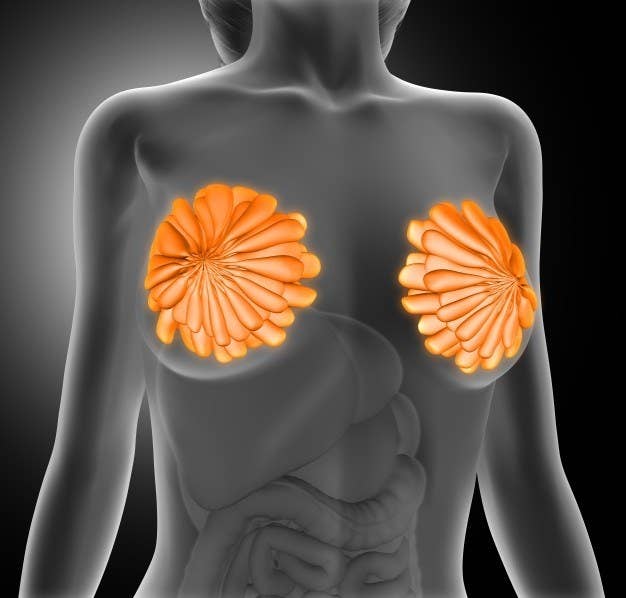 Her caption reads: “I just realized I never saw a photo of a female muscle system. This is NOT what I imagined milk ducts to look like.”

Those flower-shaped things are the milk ducts.

Safe to say, most people had never seen this anatomic illustration before.

And they had a lot of feelings about it.

Some said the photo even triggered their Trypophobia.

Another commenter joked about the flower-like shape.

According to Sylvia Kim, a Nurse Practitioner at City Of Hope who spoke to BuzzFeed, the “breast lobules and ducts are actually not part of the muscle system.”

There you have it, now excuse us while we attempt to process this ~exciting~ new information.