A petty king and jilted lover threw a party to let everyone in attendance know that his girlfriend had been having an affair with his best friend of 20 years.

The unnamed man invited a large group of friends and family to his bash in Venezuela so that he could take revenge on girlfriend of two years Daliana Meleán. He urged guests to record the speech on video—which they gladly did—and it has since gone viral.

“Today I discovered something that I really suspected in my mind and in my heart,” says the man, calmly, as his girlfriend stands next to him.

“Alberto, I have known you for more than 20 years,” says the man to his friend Alberto Sobalvarro—an economist and a congressman loyal to Venezuelan President Nicolás Maduro, according to The Daily Mail.

“You are the father of my great brother and friend. But courting my woman is a coward move.” 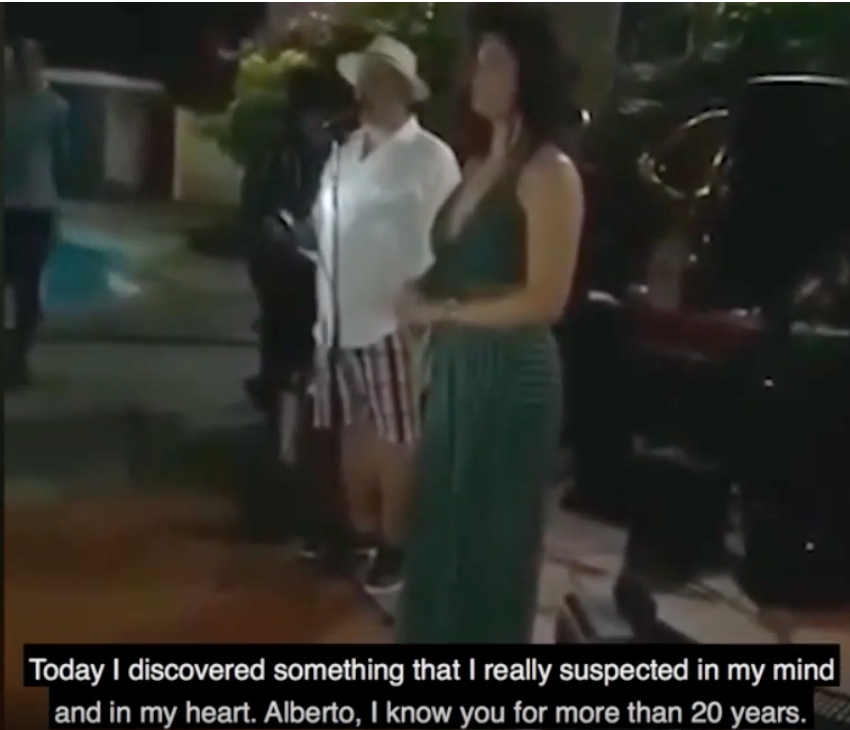 The man then takes the girlfriend’s phone and blasts incriminating text messages between the pair to stunned guests.

When Meleán tries to get her phone back, the man throws it into a swimming pool nearby. At this point, a woman walks up to Meleán to pull her away.

“I really thank you [Alberto] with all my heart for the sincere and profound friendship that you showed me in these 20 years,” he says sarcastically, “and Daliana too, of course these two years you have shared with me hypocritically.”

“Alberto and Daliana have a relationship,” he says, before LITERALLY DROPPING THE MIC.