The used car business isn’t exactly known for its honesty or integrity, but these hilarious used car ads might change that perspective.  They’re proof that there are inventive ways to sell a used car besides using tired cliches like solid transportation, runs great, and some rust. We’ve all been burned by false advertising at some point in our lives and it’s precisely what makes these honest used car ads so damn refreshing. From Craigslist to Auto Trader, these ads were placed by brutally honest people who weren’t afraid share the amazing tales of there automobile with the world and fully-explain why it’s awesome or a complete piece of crap. In this day and age, you simply have to respect honesty like this and appreciate it for what it is. Hope. Hope that we might one day, for example. find out the Tooth Fairy is real and incredibly hot. 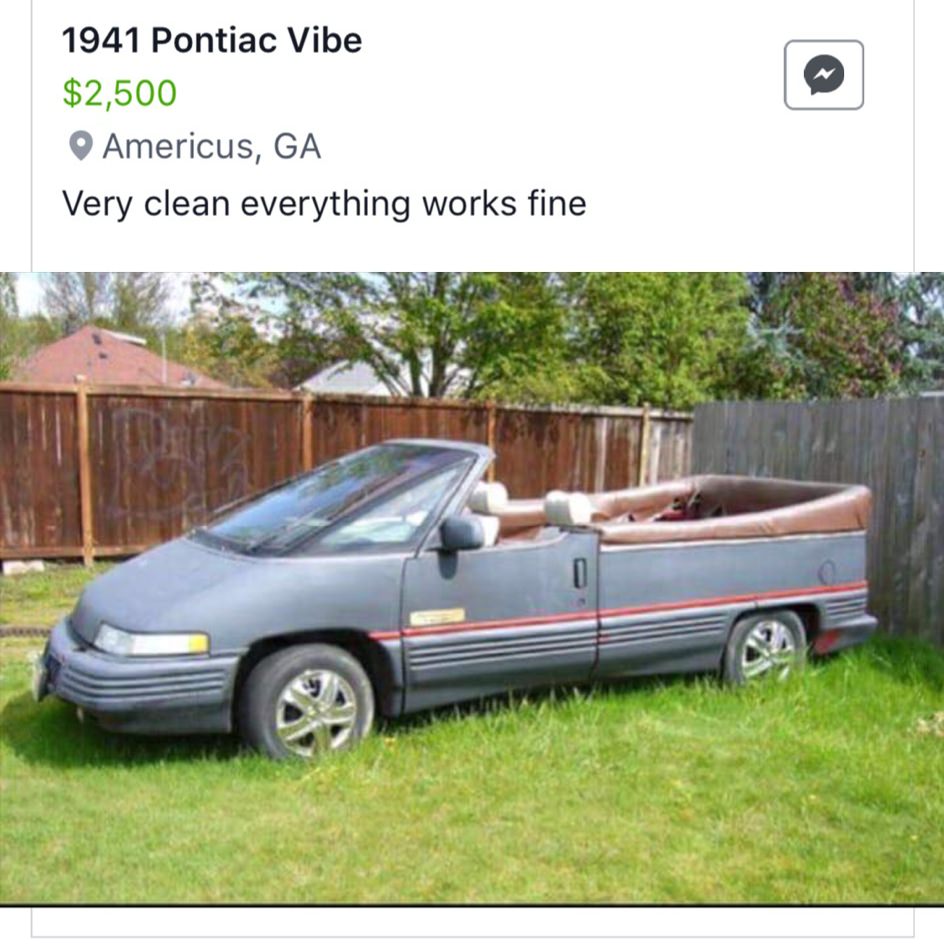 2. I Mustache You A Question 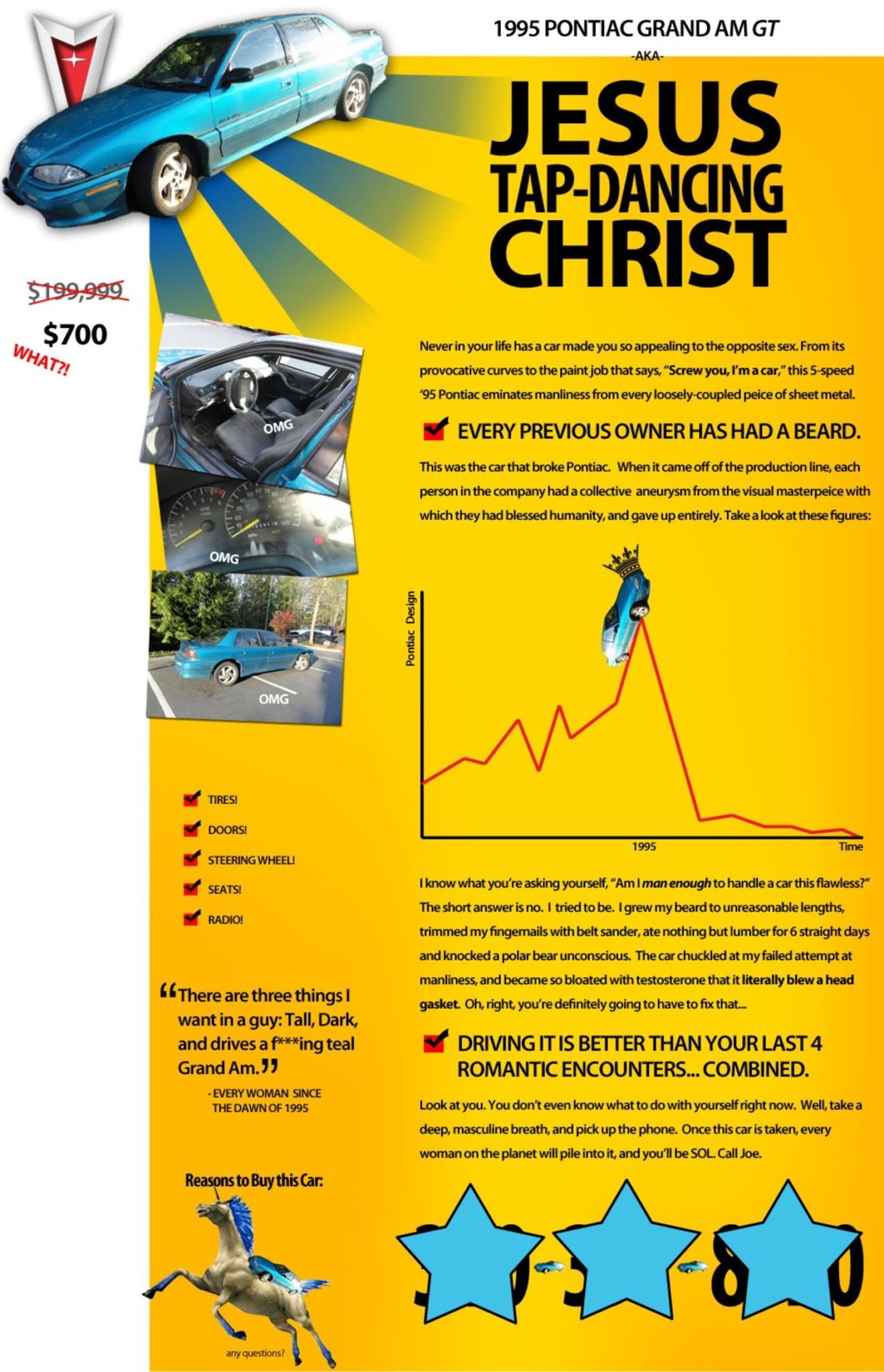 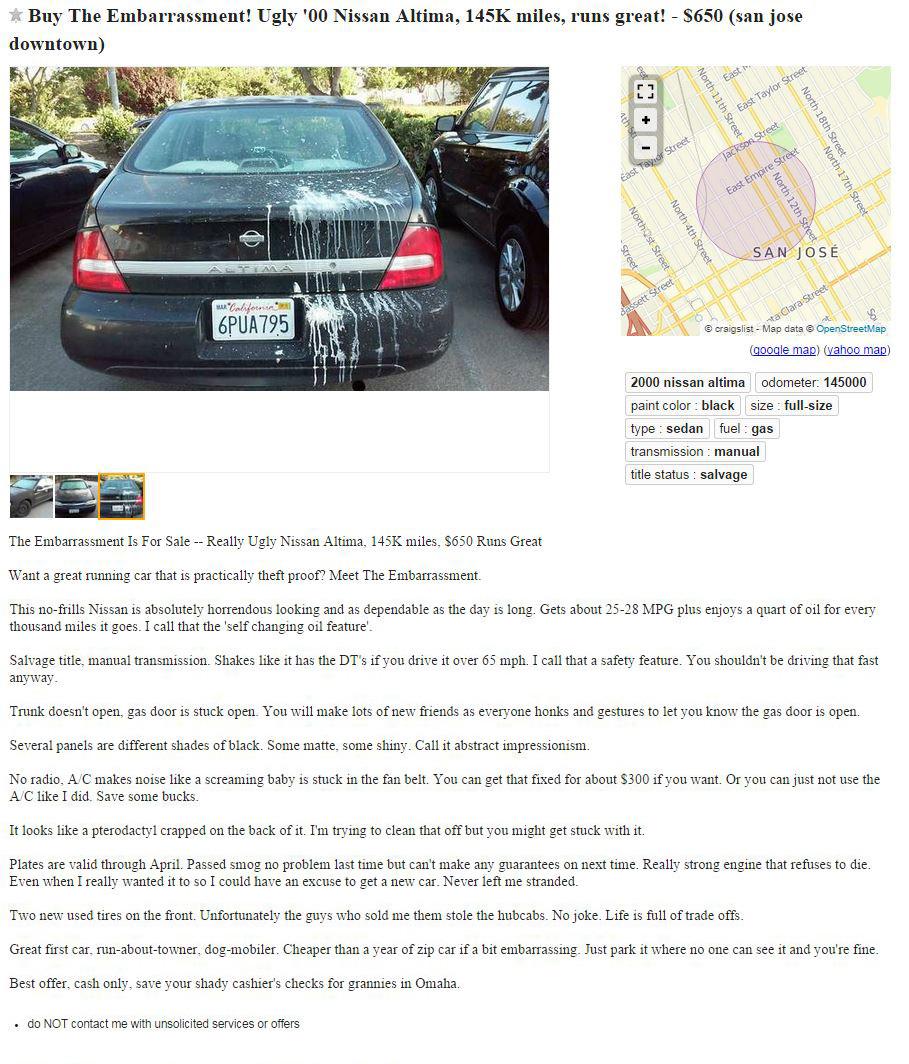 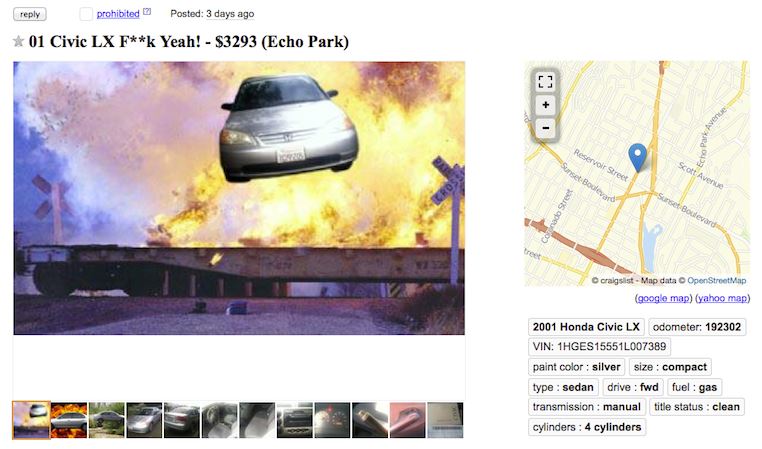 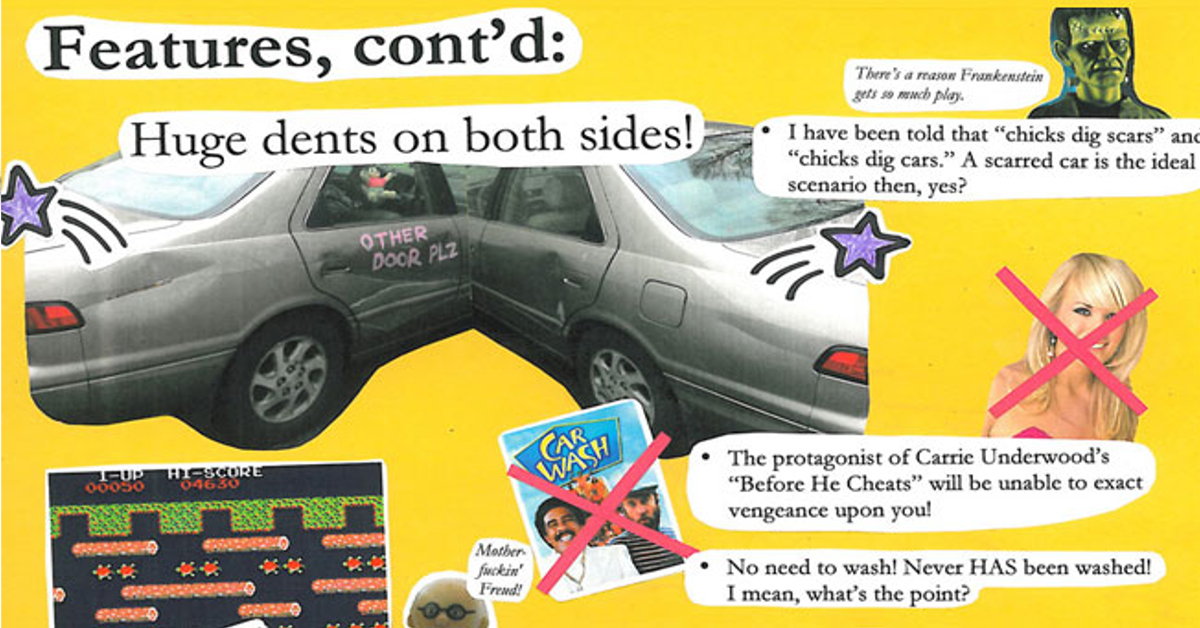 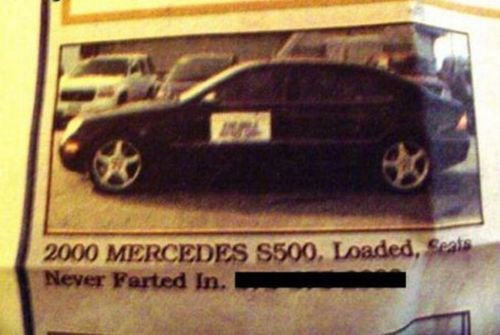 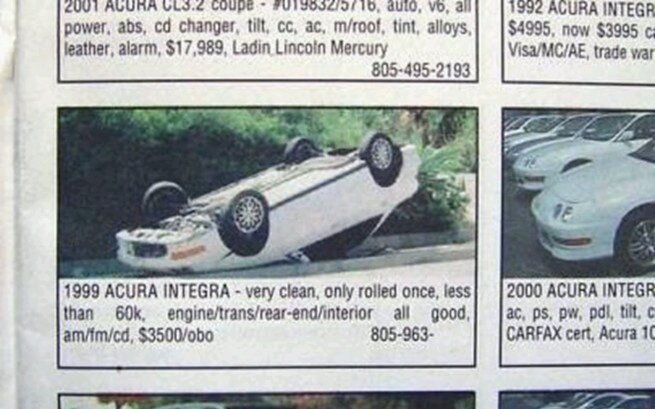 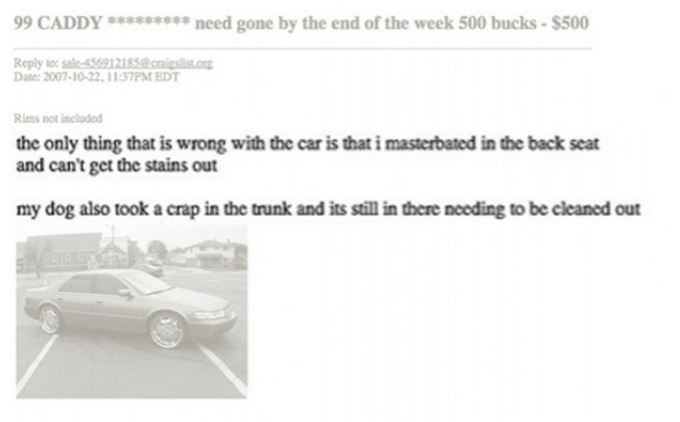 9. Truth In Engineering… And Advertising 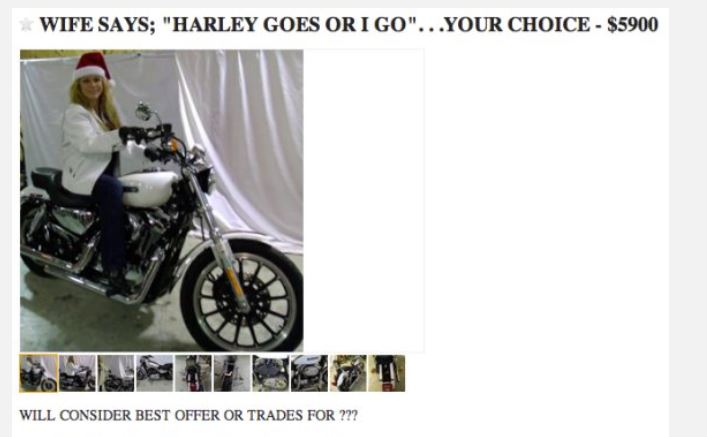 11. Shocking Before And After Photos 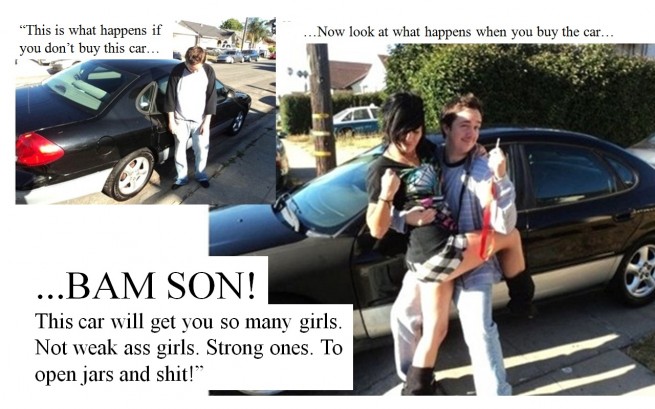 12. There’s Nothing Cavalier About This Chevy 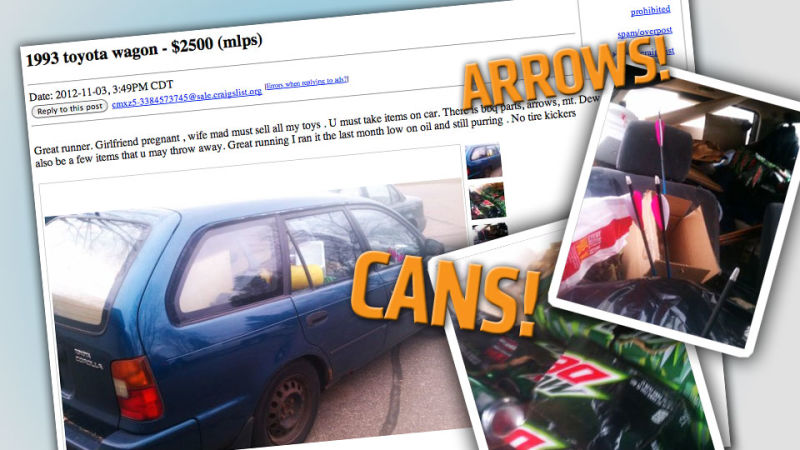 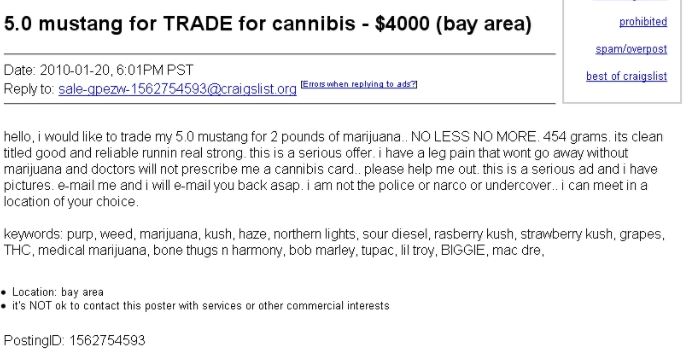