There are some things that you overhear that are so crazy, you can’t believe that you’re actually hearing them. Apparently, that’s what happened to Trevor Valle one night at 3:30 A.M. while he was minding his own business watching YouTube videos. From across the alley, he heard a couple screaming (in high-pitched voices) about some of the worst situations anyone can get themselves into.

It turns out, Valle got a front-row seat to one of the crappiest (literally) millennial breakups ever. It all started with a high-pitched, blood-curdling scream. 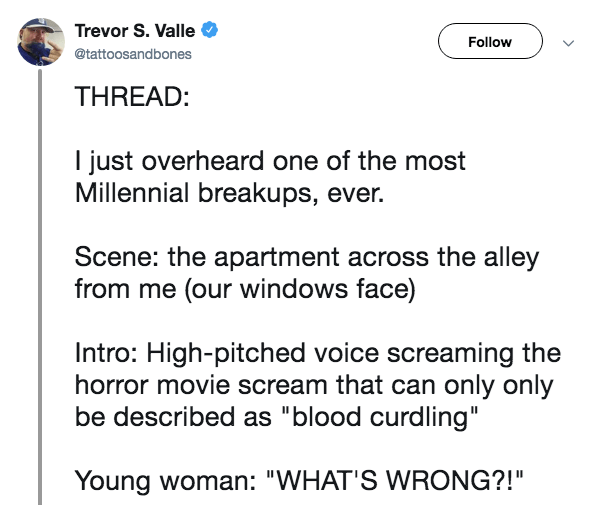 Apparently, the guy had dropped his phone in the toilet.

But, he didn’t want his girlfriend’s help–maybe because he had taken a shit and dropped his phone in the said shit…embarrassing. 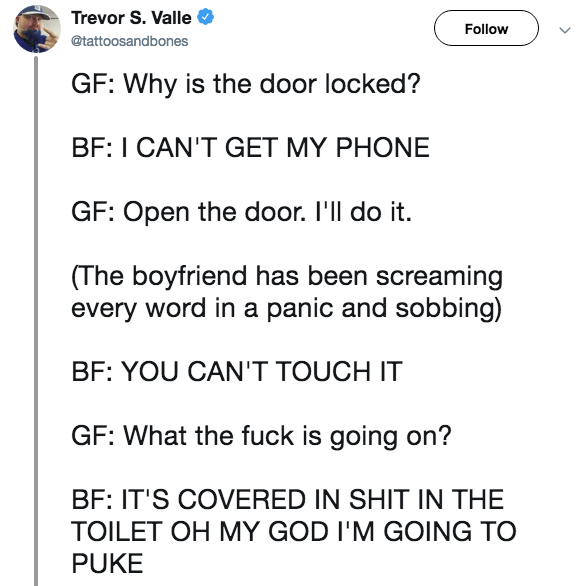 And, to make matters even worse, he threw up on his phone, too. 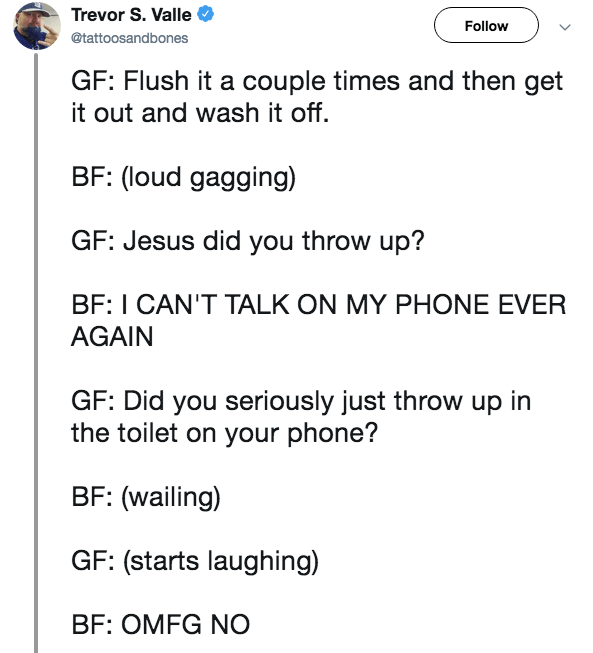 But, things took a wild turn south when apparently, the boyfriend was up in the bathroom FaceTiming another person–while shitting. 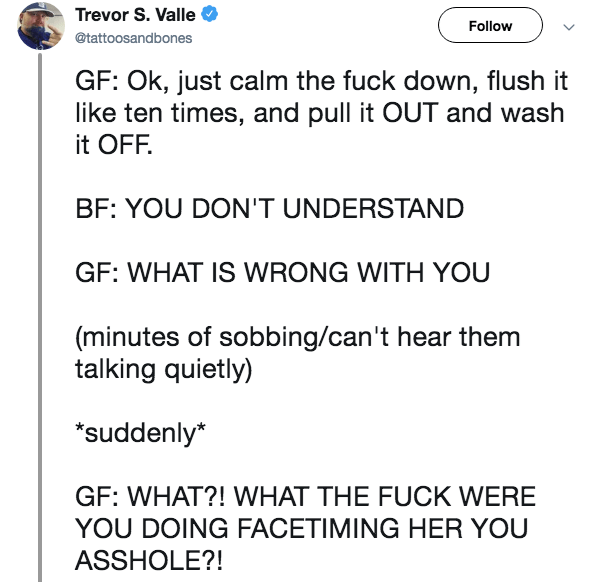 But, not only was he shitting, he was also beating his meat on FaceTime with another woman. Sounds like a major issue to me, bud. 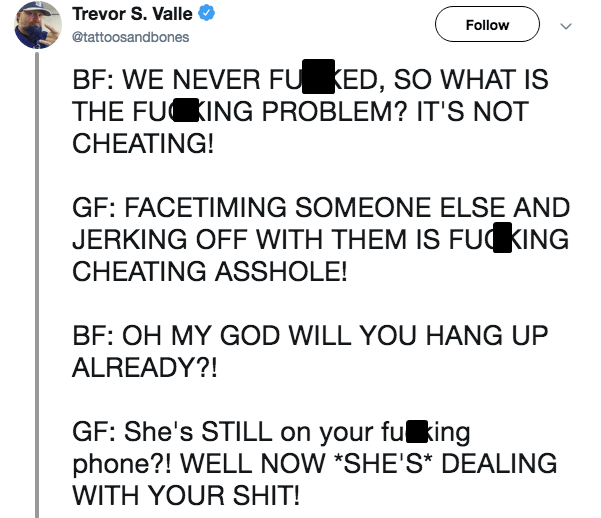 And, with that brilliant play on words, the girlfriend completely left him and his vomit/shit covered phone (still on FaceTime possibly). 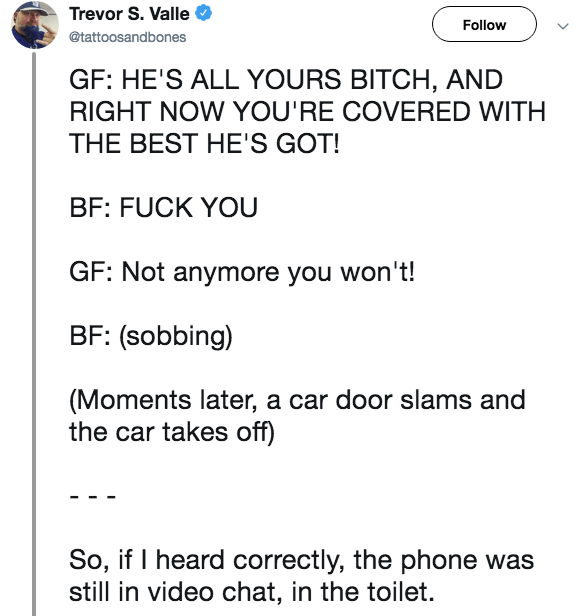 Valle shared a photo of how close his apartment is to the other building (where the couple was), which, is pretty damn close–close enough for this front-row seat to Karmic Wonder. 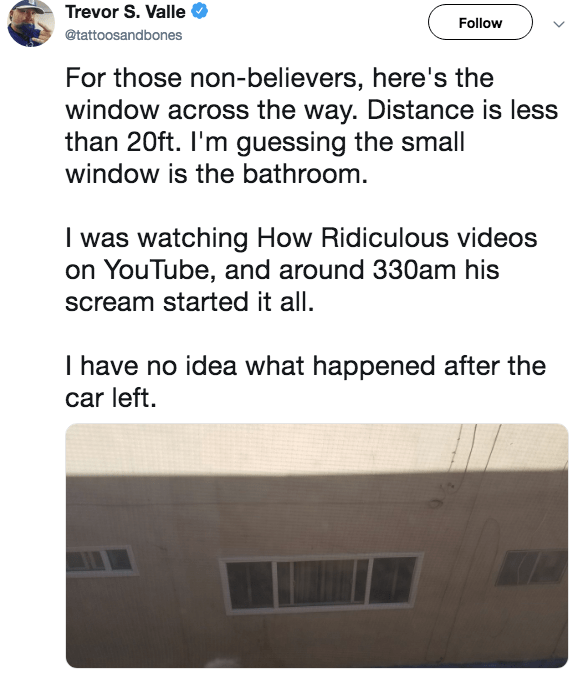 And, Twitter was astonished to hear that this actually happened.