What is the Singularity? Well, generally speaking, it’s the belief that all humans will have to become part robotic in the future in order to survive the inevitable “A.I. Robot Apocalypse of 2069.” The good news is we have tons of time to become half robot, and honestly, why would we fight it at this point? Singularity memes show we can replace all of our important organs with superior robotic replicas so we can do whatever we want, whenever we want. We can also look forward to downloading our consciousness onto the internet so that we can live forever. And cell phones… well, that will be something we eventually inject into our super fluid robotic bloodstream! Don’t believe me, well, just watch my favorite singularity movie Transcendent Man and judge for yourself, you silly future half robot/half human hybrid. 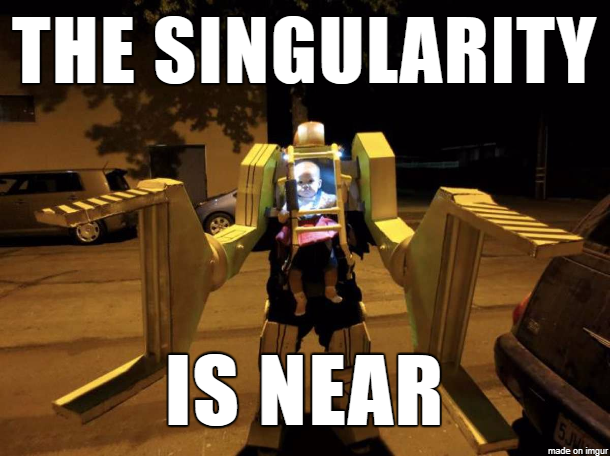