One of the hardest parts about being a parent, besides the constant exhaustion, is knowing that you’re responsible for teaching this tiny human everything about how the world works. You’ve got to educate them about what’s right and wrong and what’s expected of them in different situations.

Learning to share is a big childhood development because, for most of us, our natural instinct is just “mine, mine, mine!” But one mother wrote a post that went viral on Facebook about how she actually thinks sharing isn’t always necessary, especially when that sharing looks more like letting people take advantage of you. Sharing is important in life, but so is setting boundaries.

In her post, Alanya Kolberg explained how she’d gone to the playground with her son Carson and he was immediately accosted by kids who wanted to him to “share” his toys by just handing them over.

MY CHILD IS NOT REQUIRED TO SHARE WITH YOURS.As soon as we walked in the park, Carson was approached by at least 6…

She explained to Carson that he had the option of telling those kids no. 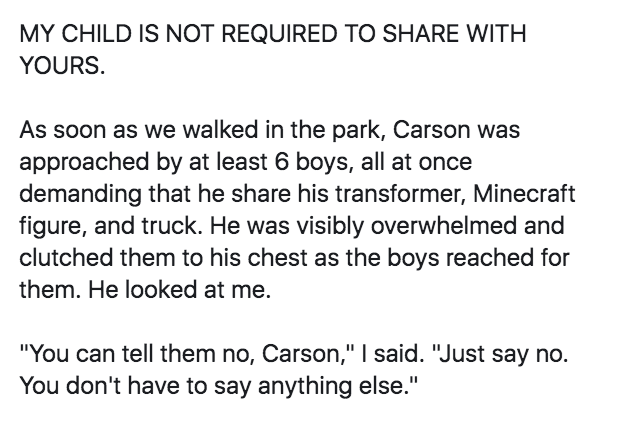 When Carson said no, the kids ran to rat him out to his mom for not sharing, but of course she backed him up. 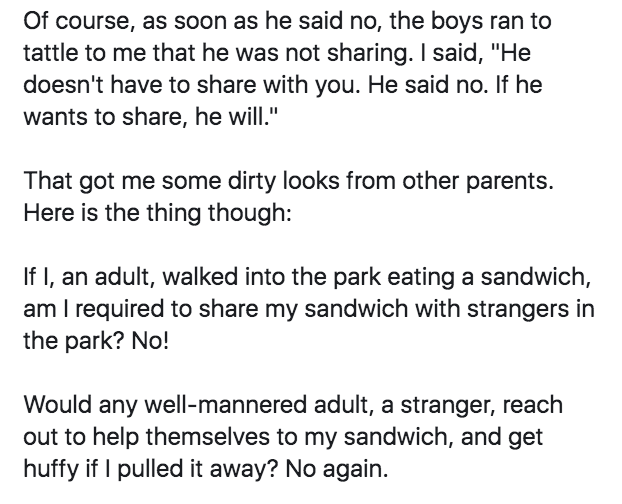 She pointed out that if an adult walked into the park eating a sandwich, other people would most likely NOT demand that you share it with them. You could offer, sure, but no one thinks it’s a requirement. 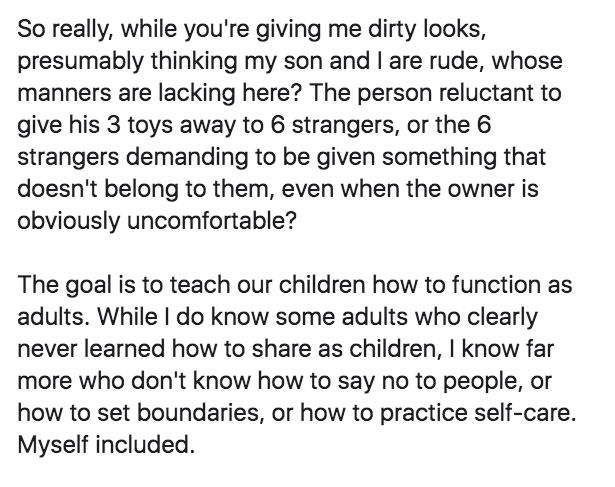 Kolberg pointed out that her son is not being rude by not wanting other kids to just walk away with the toys he brought to play with. And she wrote that he’d actually brought the toys to share with another little girl that they were meeting at the park. 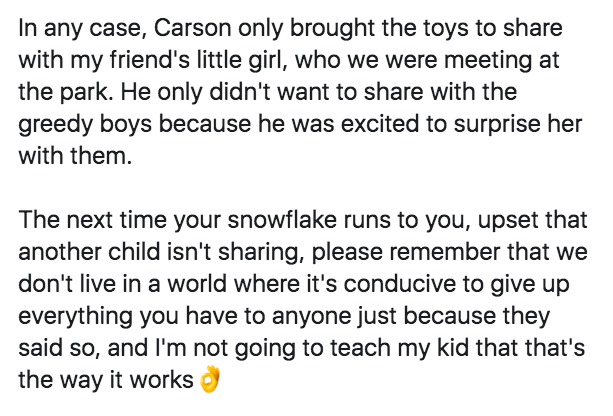 She ended by making the point that, in the real, adult world, people don’t have to give their stuff up to just anyone who asks for it.

The comments on the post mostly supported Kolberg’s stance.

Although a few  people felt a little differently.

And some people took umbrage to her use of the word “snowflake” at the end of the post.

But, then again, some people didn’t feel she meant anything political by it, and was just using it to refer to people who are overly sensitive. 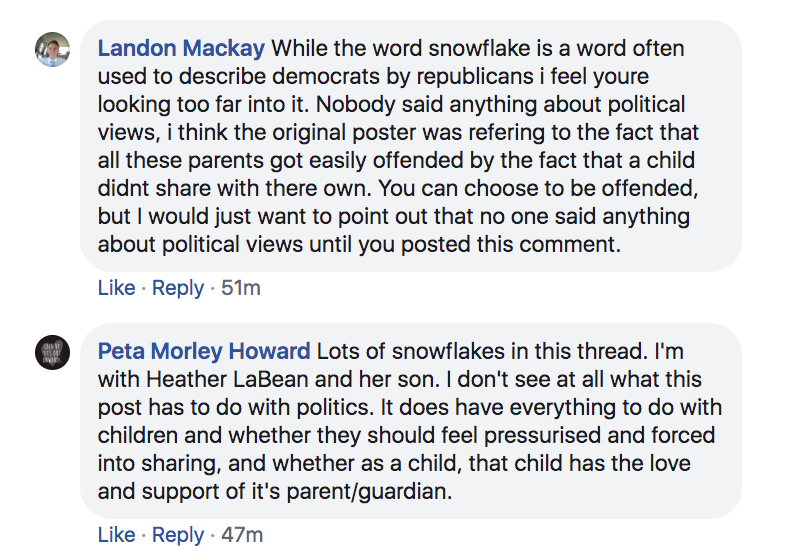 So, parents out there, what’s your take?