You’ve probably heard the news by now: A stock photo of an egg surpassed Kylie Jenner’s picture of her new baby daughter Stormi to become the most-liked photograph on Instagram, accruing over 33 million likes in just over ten days.

Let’s set a world record together and get the most liked post on Instagram. Beating the current world record held by Kylie Jenner (18 million)! We got this ???? #LikeTheEgg #EggSoldiers #EggGang

Jenner was not sore about the eggciting development; she threw the Egg Gang a like, as did her sister Kendall and friend Hailey Baldwin.

Headlines of Egg Gang’s Instagram victory began to break, prompting the reality TV star and makeup mogul to issue a response on the platform. Jenner posted a meme-video of herself cracking on egg on the sidewalk, captioned “Take that little egg.”

This did not stop fans and haters from commenting egg emojis on the photo of Stormi, as well as on her eggstra clapback. 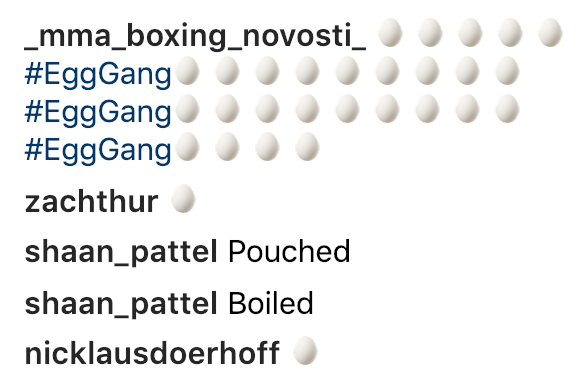 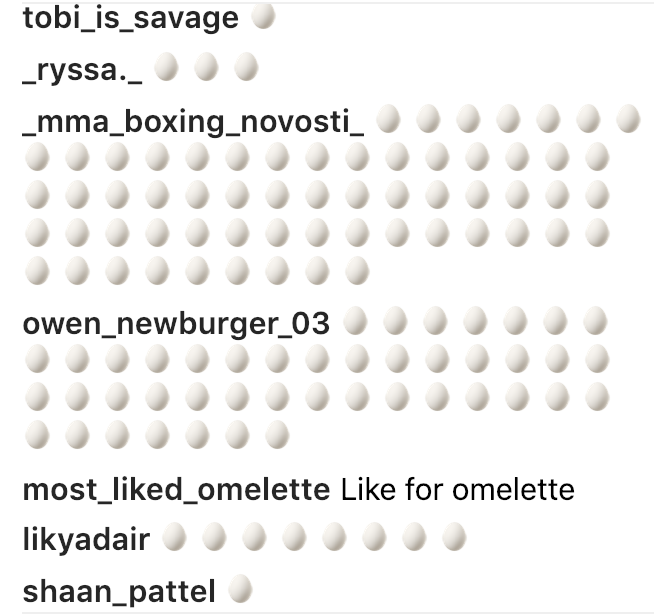 Nor did it stop the creation of dozens of imposter egg accounts.

Because the Internet isn’t capable of simply taking a joke and moving on without first beating it to death, resurrecting it, and killing it all over again, accounts intending to break the egg’s ‘likes’ record began to pop up all over Twitter and Instagram.

There are now accounts for an omelette, chicken wings, butter, chocolate, and…a bubble.

As well as a tortilla which looks nothing like a tortilla, a banana, a lime, a pear, and probably hundreds more than I’m honestly too tired to even bother searching for. You get the point.

this is why we can’t have nice things pic.twitter.com/tCZUBr3M6O

Anyway, here’s to hoping the Egg keeps its top spot in 2019. It deserves it.