Superstar pop singer Katy Perry is currently acting as a judge on American Idol, sharing her expertise with up-and-coming performers trying to make it.

Perry absolutely wears her heart on her sleeve—we know this because of the time last season when she had to be literally dragged off stage because she wouldn’t stop kissing the Bachelorette’s hand. (Yeah, it was weird.)

Well, on Monday night a couple got engaged on the show and you can’t even imagine Perry’s reaction. I mean, you might think you can, but you can’t. You really have to watch it.

Contestant Joanna Jones had just finished singing “Wicked Games” (and received a standing ovation from Perry) when her boyfriend suddenly appeared on stage.

As were the judges. 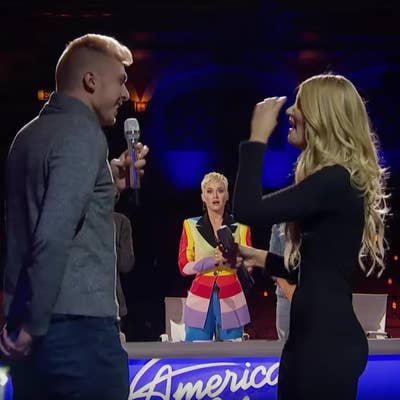 When Jones’ boyfriend got down on one knee to propose, Perry pretty much fell to the floor.

And when Jones said yes, Perry’s face went like this:

And then, while everyone was congratulating the newly engaged couple, Perry said, “Why won’t someone love me like that?”

Remember, this is before she and Orlando Bloom got engaged! 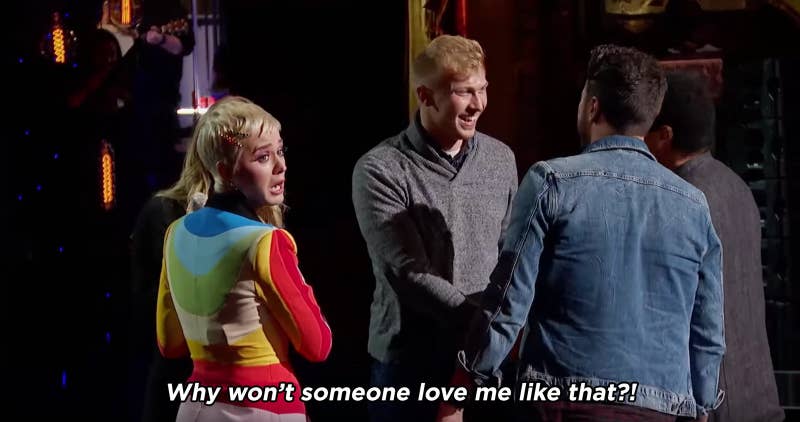 . @JohannaLynJones and Matt, that was such a beautiful moment, but it may have been the ugliest cry of my life #AmericanIdol pic.twitter.com/FGdvFDJ4Sr

Anyway, we can appreciate her enthusiasm, but it’s maybe a bit of a bummer that her reaction took attention away from the couple.

People on social media weighed in with their thoughts on Perry’dramatic reaction.

A lot of people totally related.

Other people thought it was especially sweet given that months later, Perry would be engaged to Bloom.

The fact that two months after u were the one saying yes, im not crying at all ❤️? pic.twitter.com/5f4oyUZEpo

Oh, and if you want to see something really sweet, you can check out the whole thing below.