By now you must have seen the gender-changing Snapchat app that everyone is going nuts with. (If you haven’t, you can start here by checking out all the Game of Thrones characters with different genders.) Even if you haven’t done it yet yourself (although you should, it’s fun), you’ve probably seen it a lot on your feed.

Meet Ryan Hill, 22, from Fife, Scotland. He, too, tried the app and turned himself into a very pretty lady. And then he decided to prank his girlfriend. And on top of that, he posted the whole thing to Facebook where it quickly went viral.

Ryan wrote: “Snapchat has a filter that makes you look like a girl, so I thought it would be a good idea to wind my GF up and send her this, she didn’t take it well.”

Ryan’s girlfriend, Melissa Dunsmore, 19, was not pleased when she received a snap of a really lovely-looking woman with the words “I have your boyfriend’s t-shirt on.” Ryan made it worse by also sending her a text that said, “Don’t look at the snap I just sent you.”

Assuming that he was cheating on her, Melissa, 19, got so angry that she told Ryan not to bother coming home after work. He tried to tell her the picture was just him, but she wasn’t having it and he had to do some serious backpedaling. Oh, well, he was the one who started this whole mess. 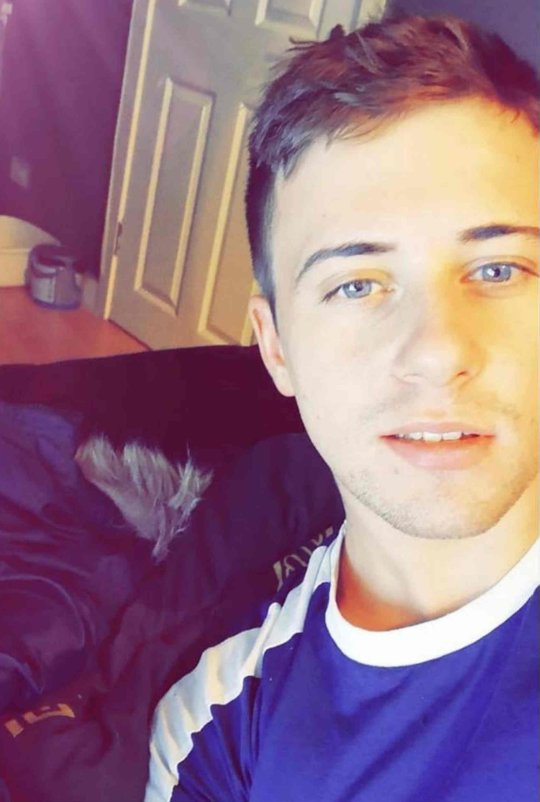 And here’s Ryan, post-Snapchat app. This is the picture he sent to Melissa.

“Why the f*ck is another girl got your T-shirt on, you’re getting blocked,” Melissa texted. Maybe it was the fact that he (jokingly) called her an idiot or maybe she just hadn’t seen the app, but she wasn’t buying that it was actually Ryan.

Another screenshot shows Ryan writing, “Did you actually believe that was another girl,” and Melissa replying “yes, I did.”

“It’s not funny Ryan, I don’t even wanna see you right now I will end up punching you in the face, why would you do that.”

No word on if she’s still “absolutely raging,” but let this be a cautionary tale to anyone thinking of trying this now. Or, you know, not. Hey, go for it. If anything, at least you’ll get a reaction.