As you probably know, comedian (and writer and actor) Amy Schumer is pregnant with her first child with husband Chris Fischer.

The couple got married in 2018, in a small ceremony, with comedian John Early officiating the ceremony as the hilarious “Vicky” (from Netflix’s The Characters).

Schumer announced her pregnancy on Twitter in a very Amy Schumer way—by casually slipping in the words “I’m pregnant — Amy Schumer” at the end of a long list of her candidate picks for what were then the upcoming elections.

The pregnancy, however, has not been easy. Schumer has suffered from hyperemesis gravidarum, which involves a lot of nausea and vomiting. Schumer tried to work through it but eventually had to cancel some shows last November.

Anyway, all of that is to say that, while she’s expressed that she’s super happy to be pregnant, it hasn’t been the easiest ride. But on the upside (and it’s a very minor upside), she did get this perfectly disgusting and yet totally amazing cake from her sister-in-law. 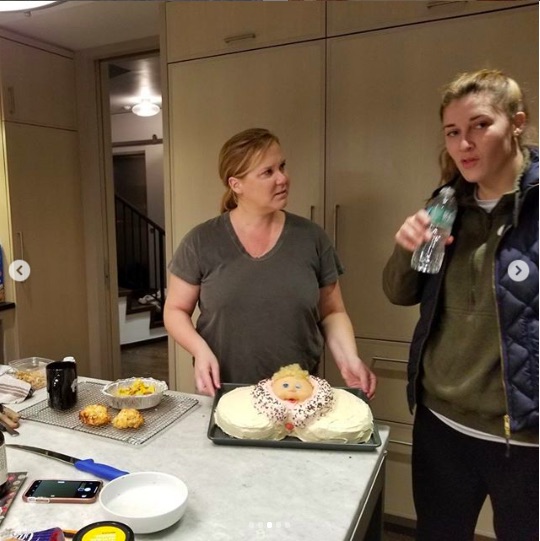 The look on Amy Schumer’s face basically says it all. LOOK AT THIS CAKE. 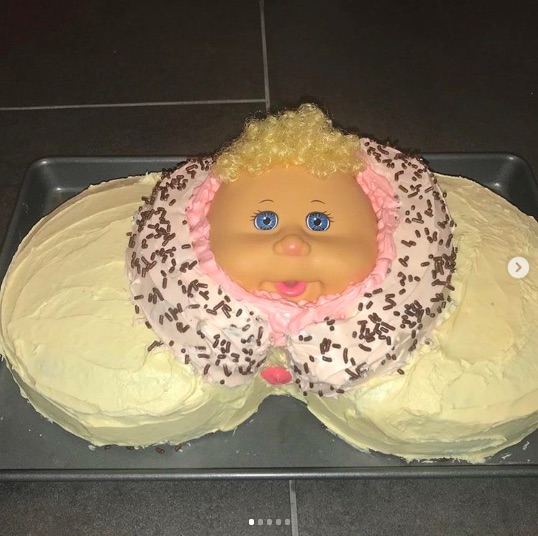 In the caption, she wrote, “My sister in law. And I can’t stress that enough IN LAW. surprised me with a horrifying cake and i can’t thank her enough. So I won’t thank her at all. @mofischhh something is truly wrong with you and i love you. #haunting #butthole.”

That has to be one of the most creative usages of a Cabbage Patch Kid ever. And the butthole is definitely a nice touch. 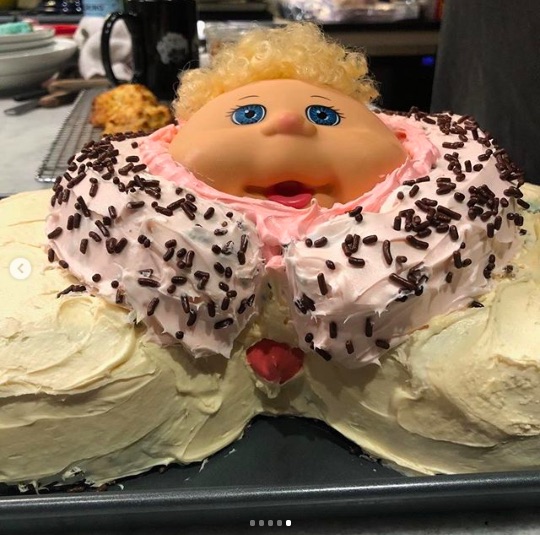 I will never again be impressed by any baby shower that doesn’t have a cake like this.