Being self-employed has its ups and downs. For some people, it’s a dream—especially if it involves working from home. But even the awesomeness of not having to get dressed for work gets tiresome after a while. It’s not the cakewalk other people sometimes think it is—things can get pretty reminiscent of The Shining (without all the attempted murder) after a few months of being your own boss. Working for yourself means you have to find all your own clients, be proactive about problems, fight the urge to procrastinate, and be truly self-motivated.

18. Having to force yourself to change out of your pajamas.

Okay, this one only counts for those of you who work from home—take a shower and put on some real clothes, dammit!

17. Going from having no work to suddenly being overwhelmed with ALL THE WORK.

The problem with not having regular employment is that there can be a real ebb and flow to work. Sometimes, things will seem dead as a doornail, and then, all of a sudden, you’re almost too busy to breathe.

16. The difficulty of knowing how much to charge for something.

How much is too much? How much is not enough? Are you charging too much or are you undervaluing yourself?

15. Not having being paid for (or even sometimes able to take) sick days. 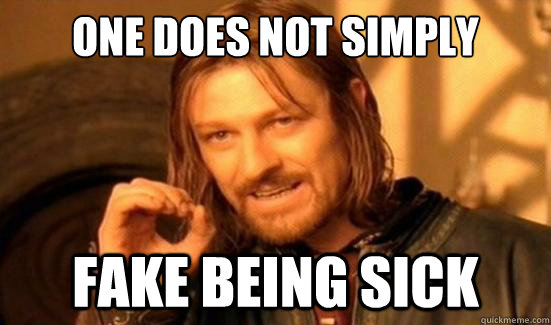 14. Putting off the boring stuff you need to do because there’s no boss telling you that you have to do it.

Just gotta turn into Larry the Cable Guy (ugh) and get ‘er done.

13. Trying to get work done, but then getting distracted by any one of a zillion things.

Did you know THERE ARE KITTENS ON THE INTERNET, LIKE, ALL THE TIME??!

12. The loneliness of working alone.

The arrival of the mailman becomes the highlight of the day. The downside is that he is now terrified of you and also wants you to stop coming to the door in that ratty old bathrobe.

11. People thinking that because you don’t work specific hours every day in an office, that you’re free to do whatever whenever.

Just because you don’t have a boss doesn’t mean you’re not working!

They say “fake it ’til you make it” but at what point are you done faking it? It’s hard not to feel like you’re playing adult, hoping everyone around you is fooled.

9. People trying to get to give them products or services for free.

No, I will not do it for the “exposure.” Exposure doesn’t pay the damn rent.

8. Trying to remember to focus on health and fitness.

When you work for yourself, it can be hard to take the time out to be sure you live a well-rounded life. It’s so important to remember that there are other areas of your life that are important besides work. Really. It’s true.